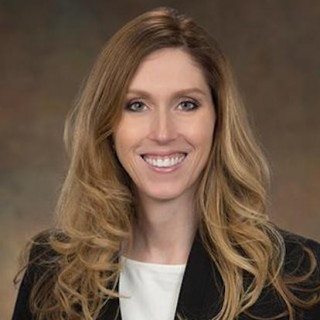 Kristen S. Scheuerman joined the Herrling Clark Law Firm in 2011 as an Associate Attorney, after clerking with the firm for over a year. In 2016, she was named a Partner/Shareholder. Kristen’s practice is primarily devoted to personal injury litigation, although she also handles municipal prosecution for a local municipality.

Originally from Appleton, Wisconsin, Kristen graduated from Appleton East High School and received her Bachelor of Arts from Lawrence University. After working in corporate America for just over five years, Kristen enrolled at Marquette University Law School and earned her Juris Doctorate in 2010.

Kristen's practice also includes some appellate work in a variety of practice areas. In 2014, Kristen was involved in a case that was argued before the Wisconsin Supreme Court to determine the rights of injured parties to access UIM and UM insurance coverages during the "Truth in Auto" era. The high court ultimately held that the insurance companies could not deny access to benefits in these types of cases. The outcome of Belding and its companion-cases remain to this day one of Kristen’s proudest achievements because of the impact those cases had on Wisconsin law and injured parties throughout the State.

Kristen has been recognized and named to the Wisconsin Super Lawyer "Rising Star" list for a number of consecutive years and she was also named to the "Top 40 Under 40" membership by the National Trial Lawyers organization in 2014. She was an Avvo Client’s Choice for Personal Injury that same year. Kristen earned additional accolades in 2015 and 2016 as a "Top 10 Attorney Under 40" for the State of Wisconsin by the National Academy of Personal Injury Attorneys.

Embracing Technology In and Out of the Courtroom
The Verdict
2016

Enhancing Your Chances of Settling At Mediation
The Verdict
2013

The HITECH Headache and How to Alleviate It, WAJ Winter Seminar, December 2016, WAJ

Medicare 101: A Primer on Payments and the Portal, WAJ Spring Seminar, March 2016, WAJ

The "Drive Other Car" Exclusion As A Means To Limit Stacking During Truth in Auto, September 2013, WAJ Women's Caucus Seminar

Pro Hac Vice Admission: To Sponsor or Not to Sponsor, That is the Question, WAJ Women's Caucus Seminar
September 17, 2012

Kristen S. Scheuerman: Why is your approach to practicing law unique from other attorneys

Attorney Kristen Scheuerman talks about what makes her unique when compared to other attorneys...

Kristen S. Scheuerman: Why are you passionate about being an attorney?

Attorney Kristen Scheuerman talks about her passion for practicing law and helping clients.

Kristen S. Scheuerman: What made you want to become an attorney?

Attorney Kristen Scheuerman talks about what motivated her to become an attorney.

Kristen S. Scheuerman: What can I expect from you as my attorney?

Attorney Kristen Scheuerman talks about what you can expect when you become her client...

Kristen S. Scheuerman: How do you work through challenges with a client?

Attorney Kristen Scheuerman talks about how she works through challenges with a client...