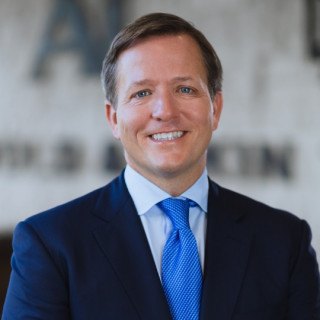 When Kurt Arnold represents someone, he's all in. He's won billions for his clients, helping plaintiffs win historic victories in the face of the largest challenges. For Kurt, no fight is too difficult or complicated. He has helped clients recover losses after major maritime disasters such as the Deepwater Horizon explosion and the El Faro tragedy. Kurt's work has even led to nationwide recalls for unsafe products.

When something bad happens, Kurt fights for his clients. He never backs down, no matter how big the challenge. Kurt co-founded Arnold & Itkin at 25 and has since won 50+ jury verdicts and settlements exceeding $10 million and 500+ settlements and verdicts amounting to $1 million or more.

Kurt's record-setting verdicts include a $117 million recovery, the largest in single-plaintiff personal injury verdict in Louisiana. He holds a record in Hawaii after securing a $42 million commercial verdict. He broke a U.S. record when he obtained a $44 million verdict on behalf of a single-leg amputee. He's won record-setting individual recoveries for clients of $92.7 million, $87 million, $78 million, and $72 million. Kurt has also achieved record settlements for workplace accidents of $357.7 million and $171 million.

Serious accidents require the best lawyers. When people get hurt or lose someone they love, they call Kurt. To him, every case is personal. He treats his clients like family, fighting hard to get them the result they need to rebuild their lives.

Kurt consistently receives the legal industry's highest honors. He has been named to the top 50 Elite Trial Lawyer list by National Law Journal and was recognized by Lawdragon as one of the 500 Leading Lawyers in America. He has been named to the Best Lawyers in America® for multiple years running in Admiralty and Maritime Law and Personal Injury Litigation. In 2019, he joined one of the most prestigious organizations in the legal profession: The Inner Circle of Advocates.

Get to know Attorney Kurt Arnold, one of the founding attorneys of Arnold & Itkin LLP. As a Houston personal injury lawyer, he and his legal team fight to represent...