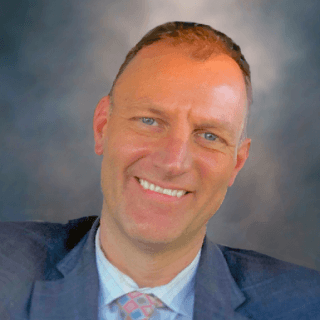 When you're charged with a crime, your best Defense is an Experienced Lawyer
Badges
Claimed Lawyer ProfileQ&ASocial MediaResponsive Law
Biography

Schnepper Law Firm, LLC has been representing clients all over the State of Indiana, predominantly in the Central and Southern portions for over 20 years now. Attorney Kurt Schnepper graduated from Indiana University University Bloomington in 1996, obtaining a Bachelor's Degree in Environmental Science and Public Administration then went on to Valparaiso University School of Law to obtain his J.D. in 1999;
Kurt worked in a small law firm from 1999 learning family law, estate planning and real estate law,

2001 Kurt became a deputy prosecutor in Vanderburgh County and was introduced to criminal law. Kurt began in Misdemeanor Court handling drunk driving, OMVWI, battery, theft, shoplifting, public indecency, intoxication, drug possession cases including marijuana, paraphernalia, After a few months as a deputy prosecutor, Attorney Kurt Schnepper became a felony prosecutor completing his first jury trial in 2001. Attorney Schnepper went on to complete over 50 jury trials as a prosecutor, learning exactly what it took for the State to win at trial.
Attorney Schnepper opened his private practice in 2003, focused on Criminal Defense and has now tried over one hundred Jury trials, from lower level felonies like drug possessions to much more serious matters of theft, burglary, drug dealing charges and violent crimes involving battery as well as obtaining years of experience with murder cases, both as a prosecutor and as defense.
Attorney Schnepper has been retained or selected by various Judges around the State and appointed defense counsel in murder, life without Parole and Death Penalty cases; most notably as a member of the legal defense team who was successful in convincing a jury to spare the life of a defendant convicted of multiple murders. (State v. Wilkes 2009)
Kurt is one of only a handful of Lawyers qualified by the State of Indiana to be appointed in any case where the death penalty is sought.

Attorney
Indiana Dept of Child Services
2015 - 2018
Handled all legal aspects with regard to CHINS matters, Termination of Parental Rights and Adoptions

Q. I need advice getting out of my grandmas house she’s mentally abusive towards me n I’m at my breaking point
February 25, 2020
A: It sounds like DCS is involved with your family, or was involved anyway. If my assumption is correct, I'd suggest you reach out to your caseworker and talk to them about your situation. But if you feel you are truly being abused then you should call 911, or contact any attorney who would make the report for you

Q. Can my Criminal recklessness with a deadly weapon and intimidation class d felonies be reduced to misdemeanors ?
February 24, 2020
A: It's possible, but you're going to need an experienced attorney to make it happen.

Q. If a person had a fake 20 dollar bill but didn't know it was fake and bought something what is that crime?
February 24, 2020
A: Without criminal intent, or knowledge of the bill being counterfeit, there is no Mens Rea and therefore no crime committed. Now if it can be proven you had a wallet full of these bills and the recent purchase of a printer capable of producing fake bills, or other circumstantial evidence relevant to knowledge the answer is different.