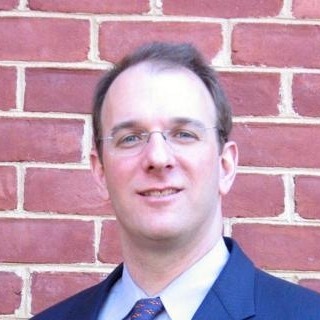 Larry N. Burch, is a highly successful trial attorney and the managing partner of The Law Office of Baker and Burch (located in Greenbelt and Towson, Maryland). He has represented clients in civil, criminal and military courts throughout Maryland, the District of Columbia and in the federal courts.

After graduating one of the nation's top 20 law schools(where he was a member of the Law Review and Moot Court Board), Mr. Burch served as a Judicial Clerk in The Circuit Court for Prince George's County, Maryland.

Mr. Burch served as a Judge Advocate in the Navy where he was awarded the Navy Commendation Medal and the Navy-Marine Corps Achievement Medal for outstanding work as a trial attorney. He successfully defended clients accused of rape, espionage, fraud, and numerous other crimes. He also represented an officer who sought to challenge the Navy's ban on homosexuality.

Several of his military cases were documented in the national media as well as on local television. He served as Senior Defense Attorney for the Navy's trial defense unit in Washington, D.C. where he supervised and military trained trial attorneys. He was also named Department Head for the Navy's Legal Assistance offices in the Washington, D.C. area. Currently, he holds the rank of Lieutenant Commander in the U.S. Navy Reserves.

After leaving the Navy, Mr. Burch began a solo practice which became The Law Office of Burch & Burch-Rates, LLC. The firm participated in obtaining a million-dollar settlement for a Maryland telecommunications business in international litigation against the Norwegian national telephone company. Mr. Burch represented a client who received a jury award exceeding $1 million dollars.

In 2008, Rushern Baker (former member of the Maryland House of Delegates) joined Larry Burch and together they formed The Law Office of Baker & Burch. The law firm represents client in general litigation including personal injury and medical malpractice, family law, criminal and civil cases as well as military law matters.

Article 27(b) Certified
Court of Appeals for the Armed Forces