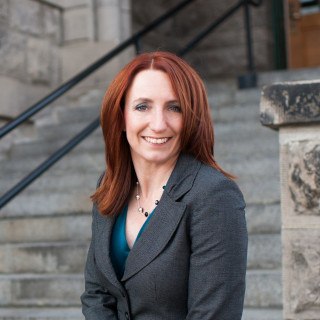 Laura is currently serving as the Municipal Court Judge for the City of Elgin. She has been an attorney for 20 years, having graduated from J. Reuben Clark Law School at Brigham Young University in 1998. She is admitted to practice law in Oregon, Arizona, and Utah, as well as 9 federal jurisdictions, including the United States Supreme Court Bar and the Ninth Circuit Court of Appeals.

Laura has extensive trial and motion practice at all levels, including federal, state, county, and city courts. She has been both a prosecutor and a criminal defense attorney, and has practiced civil law in the law firm, as well as the private practice setting. She relishes her role as a zealous advocate.

During law school, Laura successfully competed in the school’s trial advocacy team, was vice-chair of the Trial Advocacy Board, president of the Phi Delta Phi international legal fraternity, and was also a student member of the American Inns of Court. While having two children and graduating early, she also served multiple judicial/legal externships during law school, including: judicial extern for Judge Marian Blank Horn at the U.S. Court of Federal Claims in Washington, D.C.; legal intern at the legal department of the Church of Jesus of Latter-day Saints in Salt Lake City, Utah; and research assistant for Professor Richard G. Wilkins working for an Non-Governmental Organization lobbying group with the United Nations.

After law school, Laura joined a small law firm, working on a variety of civil litigation and criminal matters, before opening her own private practice. She later turned to the public sector, becoming the Property Acquisition Coordinator and Assistant City Prosecutor for the City of Layton, Utah in 2001. She was then selected by Federal Judge Ted Stewart to serve as a career staff attorney in the U.S. District Court for the District of Utah, specializing in criminal cases and the Federal Sentencing Guidelines.