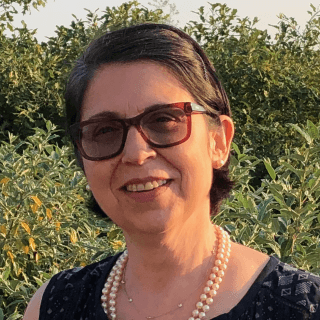 As a litigator trained “in the trenches” at a well-regarded Wall Street firm, Attorney Lauren G. Klein possesses the familiarity with the law, attention to detail, and forceful powers of persuasion conducive to positive outcomes. In addition, her compassionate and thoughtful nature helps her clients – particularly those going through a divorce – navigate even the roughest of voyages. Ms. Klein received her B.A. from the University of Pennsylvania in 1979, and her J.D. from New York University School of Law in 1983. She served as the first law clerk for the Hon. Edward R. Korman upon his 1985 appointment to the bench in the U.S. District Court, Eastern District of New York. She has practiced in the litigation departments of the large New York firm, Stroock & Stroock & Lavan, and the smaller, "boutique" firm, Schlam, Stone & Dolan, and has taught legal research and writing at Brooklyn Law School. Ms. Klein is admitted in the courts of Massachusetts, New York, the Southern and Eastern Districts of New York, the Second Circuit Court of Appeals and the United States Supreme Court. Her clients benefit from skills and experience gained in a federal and state court practice which spans over three decades.

Solo Practitioner
Law Office of Lauren G. Klein
2007 - Current
Projects have included appeals to the Second Circuit Court of Appeals and New York’s highest court, the New York Court of Appeals, as well as lower court civil litigation matters in both federal and state courts. Specific tasks have included crafting briefs, motions, affidavits, pleadings, letters and exhibits, presenting oral arguments, other court appearances, interfacing with clients, reviewing records and transcripts, and researching legal issues in a variety of criminal and civil cases, both directly for clients and for other attorneys on a consulting basis. Among other cases, I have handled a §1983 civil rights case against a police department for false arrest; a contract dispute involving the Allman Brothers Band; a case against a municipal agency for the wrongful “black-listing” of a contractor for failing to answer an unconstitutional question on a job application; and a “custody” case involving a beloved dog.

Volunteer Attorney (periodic)
A Safe Place
2007 - Current
Represented a client of the agency in an effort to obtain "grandparents' visitation." Reviewed and commented on documents relating to the agency’s policies and procedures. Assisted an agency client draft legal papers in divorce proceedings against client’s spouse. Drafted a Proclamation re Nantucket's participation in “One Billion Rising for Justice.”

Appointed to represent a habeas petitioner
CJA Attorney - Eastern District of New York
2007 - 2013
Appointed as co-counsel under New York’s Criminal Justice Act (CJA) to represent the petitioner in a habeas case in the U.S. District Court for the Eastern District of New York. Researched and wrote an extensive Memorandum of Law and Reply brief challenging a depraved murder conviction arising out of a drunken driving incident in which the victim was the wife of a NYC police officer. The habeas petition raised multiple errors, including ineffective assistance of appellate counsel. After oral argument, the court ruled it would grant the habeas petition, if necessary, once the New York State appellate courts had the opportunity to rule on the issue. The case and federal decision were reported in the Wall Street Journal. Subsequently, I brought a coram nobis petition in the Appellate Division, 2d Department, which denied it, appealed to the New York Court of Appeals (NY’s highest court), which granted leave (an unusual occurrence in such a case), and argued the case before the full panel of seven judges.

Litigation Associate
Schlam, Stone & Dolan
1990 - 1995
Responsible for the conduct of all aspects of commercial litigation, including drafting pleadings and motion papers in the State and Federal lower courts and the State Appellate Courts, argument on motions, client interviews, taking and defending depositions, drafting correspondence to clients and adversaries, and preparing legal memoranda.

Litigation Associate
Stroock & Stroock & Lavan
1987 - 1989
Responsible for the conduct of all aspects of commercial litigation, with a special emphasis on writing briefs and affidavits, compiling papers relating to motions to dismiss and motions for summary judgment, and appeals. Co-authored an Amicus Curiae brief to the United States Supreme Court on behalf of the American Jewish Committee in County of Allegheny v. American Civil Liberties Union Greater Pittsburgh Chapter, et al. on the issue whether the prominent placement of a crèche and menorah inside and outside the County Courthouse building violated the Establishment Clause.