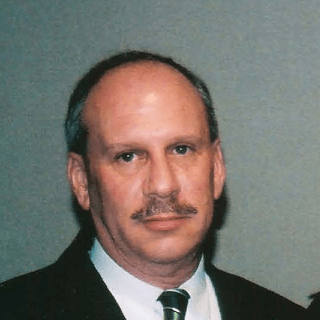 Growing up in Newark, New Jersey, I witnessed first hand the disparate treatment of individuals based on their country of origin, race and station in life. Even before becoming an attorney, I wanted to ensure that the civil rights afforded under the United States Constitution to individuals and business entities were equally and readily available. In furtherance of this objective, I went to Rutgers University in New Brunswick, NJ and studied the history, religion, languages and culture of many Native American peoples throughout North America as well as cultural anthropology. Realizing that the study of law would further my objectives, in 1976 I enrolled at Howard University School of Law in Washington, D.C., our nation's capital. While at Howard, I took a constitutional law course under the direction of Herbert Reid, a preeminent constitutional law professor and scholar, who was one of the junior lawyers in Brown v. Board of Education , the famous 1954 civil rights case that led to the nullification of the separate but equal doctrine that had precluded African Americans from attending desegregated schools. This course, together with other civil rights-related courses, prepared me for a 1978 summer clerkship with the Solicitor's Office - Division of Indian Affairs, at the United States Department of Interior in Washington, D.C. Following a recommendation of the Deputy Solicitor for Indian Affairs, for my third year in law school I embarked on a special fellowship in Indian Law and Natural Resources Law at the University of New Mexico's National Indian Law Center and Natural Resources Law Center in Albuquerque, New Mexico. With this educational background and resources, for the next two and one-half years I secured employment representing Indian tribes and individual Native Americans in Nebraska and Arizona. See Website for remainder of biography.

Law Firm Managing Attorney/Member
The Kasen Law Firm, LLC, Summerville/Charleston, SC
2004 - Current
See Attorney Profile at visaimmigrationattorneys.com. LEGAL EXPERIENCE Mr. Kasen currently practices in the areas of Immigration, Business, Corporate, Family and Real Estate Law, although a substantial concentration of his practice is devoted to immigration law and immigration litigation. Mr. Kasen has been instrumental in assisting individuals and businesses with their applications for immigrant and non-immigrant visas and in defending individuals in immigration court and federal court when confronted with U.S. government detention and removal proceedings.

Flowertown Players Association
Board of Directors - Member/President of Board
2006 - 2009
Activities: Oversight and Steering Direction of Local Live Theatre

Q. I have deferred action permit (dream act ) And I wonder if can travel to Puerto Rico only with my drivers license ?
April 25, 2014
A: Yes, Puerto Rico is a territory of the U.S. and is thus deemed to be part of U.S. You would not be leaving the U.S. at all.

Q. Can i still apply for my citizenship even though my green card is expired
April 25, 2014
A: You will first have to renew your green card and then apply for naturalization to become a U.S. citizen, assuming you meet the requirements to do so.

Q. My friend was granted voluntary departure after an aggravated felony conviction.Will he be able to return to the us?
April 25, 2014
A: It is highly unusual for voluntary departure to be granted by an Immigration Court for a convicted aggravated felon. There must have been unusual circumstances of which you are not aware, such as the felony conviction was overturned. You should consult an experienced immigration lawyer to address this issue after reviewing your friend's entire criminal and immigration history. Until then, an opinion may not be made. Good luck!