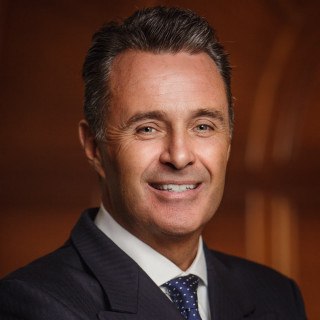 Lee Marlow has practiced law in New Haven, Connecticut for more than 35 years and concentrates in all areas of Family law. After graduating from Quinnipiac University School of Law, he was admitted to practice in Connecticut in 1982, the U.S. District Court, District of Connecticut in 1985 and the United States Supreme Court in 1992. He is a Fellow of the American Academy of Matrimonial Lawyers and is currently the Treasurer of its Connecticut Chapter. He also serves as a member of the chapter’s Admission and Examination Review Committee and as Co-Chair of the chapter’s Superior Court Rules Change Committee. Lee is a long-time member of the Connecticut Bar Association Family Law Section and past member of its Executive Committee. He is also a member of the New Haven County Bar Association Family Law Section, Executive Committee since 1989.
He has served as a Special Master in numerous Judicial Districts, as well as for the Regional Family Trial Docket. He handles diverse family law matters including cases dealing with complex high-net worth divorce, business valuation, mental health, addiction, and abuse issues, along with relocation and other high-conflict custody disputes. He has practiced before the Connecticut Superior, Appellate and Supreme Courts, as well as the United States Supreme Court. He has been qualified as an expert by the Family Court, State of Rhode Island, in Connecticut Family Law Practice.

Lee has authored Making and Preserving A Record, Connecticut Family Lawyer, Vol. 13 #2, 1998 and Technology and Ethics, CCAAML, 2014. Lee has also lectured on various family law topics including, equitable distribution, valuation, tax, appeals in family cases, procedures and strategies from the trial court to the Appellate Court, and on technology and ethics.

Lee Marlow is listed in Best Lawyers in America.