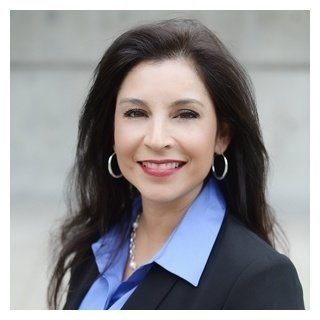 Prior to becoming a criminal defense attorney, Letty established a name for herself as both a state and federal prosecutor. She began her service as a misdemeanor prosecutor at the Tarrant County District Attorney's Office but quickly moved up the prosecutorial ladder. Over the next decade, she served in almost every unit and division within the District Attorney's Office, including Juvenile, Crimes Against Children, Gang and Family Violence.

In 2004, Letty accepted an invitation by the United States Attorney’s Office to join their force of federal prosecutors for the Northern District of Texas. As a federal prosecutor, Letty handled a variety of cases including bank robbery, fraud, illegal reentry and child pornography.

Letty later returned to the Tarrant County Criminal District Attorney’s Office, where she was responsible for supervising and training more than 20 prosecutors in the Misdemeanor Unit. Later, she was tapped to head the Crimes Against Children Unit, a highly-respected position within the DA's Office and the community.

Letty has extensive experience handling significant criminal matters including shaken baby cases, bank robbery charges, and white collar crimes, as well as rape and murder cases. Her expertise in infant deaths led to a gubernatorial appointment to a commission charged with investigating child fatalities in Texas.

Above all else, Letty Martinez is a trial attorney who has tried more than 100 cases before Texas juries, including capital murders, murders, numerous robberies, assaults, sexual assaults, and other aggravated felonies.

Corporal Punishment: Is it illegal to spank a child in Texas?
Varghese Summersett

What is Sexual Assault of a Child under 17 in Texas?
Varghese Summersett

What is the Age of Consent in the United States? | Federal and 50 States
Varghese Summersett

What is the Age of Consent in Texas
Varghese Summersett
2015

What Should You Do if You are Falsely Accused of Rape?
Versus Texas Blog
July, 2014

Board Certified Criminal Law Specialist
Texas Board Of Legal Specialization

Blog
What Should You Do if You Are Falsely Accused of Rape?

Blog
What is the Age of Consent in Texas?

Varghese Summersett PLLC is a state and federal criminal defense firm. Its principal office is located in Fort Worth, Texas. The firm brings together the expertise of former federal and state prosecutors who now defend individuals charged with the most serious criminal offenses. To learn more visit https://versustexas.com

What should you do if you are falsely accused of rape?

Criminal defense attorney Letty Martinez discusses what you should do if you are wrongly accused of rape. Learn more at https://www.versustexas.com/criminal/accused-rape/

Attorney Christy Jack talks about her trial partner and colleague, Letty Martinez, in this short video.

What should you look for in a good sexual assault defense attorney?

What should you look for in a good sexual assault defense attorney?

What is the age of consent in Texas?

What is the age of consent in Texas?