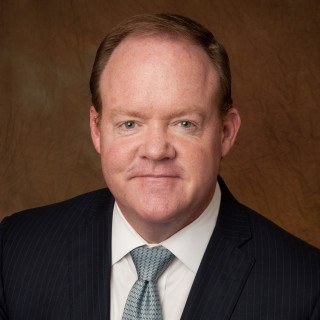 Levi G. McCathern, II is widely recognized as one of the premier litigation lawyers in Texas. He is Board Certified in both Civil Trial Law and Labor and Employment Law by the Texas Board of Legal Specialization, a double certification held by only 26 of the 87,000 attorneys in Texas.

Mr. McCathern specializes in catastrophic damage litigation and is frequently summoned to defend specialized, high-damage claims, including all types of commercial litigation. In addition, he has served as lead counsel for numerous jury trials and is regularly called upon to provide legal consultation to companies throughout the country.

Mr. McCathern serves as primary trial counsel for the Dallas Cowboys Football Club, Ltd., the Jerry Jones Family and their related entities, and is panel counsel for some of the world’s largest companies in the specialty areas of Business Litigation, Directors & Officers Liability, Employment Law, Advertising Injury, and more.

Mr. McCathern was licensed to practice law in Texas in 1993 and he started as an associate with Godwin & Carlton, P.C. where less than five years later he was named as the youngest shareholder in the firm’s history. On October 1, 1998, Levi founded McCathern Wadlington Mooty, LLP, a predecessor of McCathern, PLLC. He is licensed to practice in Texas and New York, and is admitted for practice in all Texas state and federal district courts, the U.S. Fifth Circuit Court of Appeals, all state courts in New York, and all federal district courts of Arkansas.

Labor and Employment Law
Texas Board Of Legal Specialization