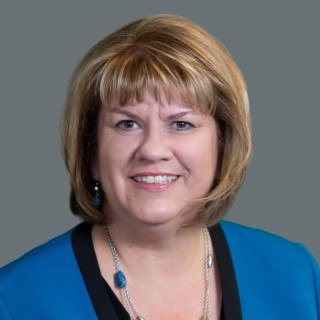 Lisa M. Nyuli has been a partner since joining the firm of Ariano Hardy Ritt Nyuli Richmond Lytle & Goettel P.C. in 2000. Prior to joining the firm, for the first 10 years of her career, she worked as an attorney in Aurora, Illinois and in Geneva, Illinois. She was licensed in 1989 and focuses her practice primarily in all areas of family law. In 2008, she became a Fellow of the American Academy of Matrimonial Lawyers.

Ms. Nyuli is also active in the Illinois State Bar Association as a member, having served two terms on the Board of Governors, and as Treasurer of the Board. She is past chair of the Judicial Advisory Polls Committee and has served for many years on the Continuing Legal Education Committee and the Family Law Section Council. Ms. Nyuli is on the Assembly and was the Chair of both the 2011 and the 2012 ISBA Solo and Small Firm Conferences.

Ms. Nyuli received her B.S. in business administration from the University of Illinois at Urbana-Champaign in 1986 and her J.D. from Northern Illinois University College of Law in 1989. She was honored with the Alumnus of the Year Award in 2005 from NIU College of Law. She has been chosen by her peers as a Leading Lawyer in Family Law every year since 2010 and as a SuperLawyer in family law every year since 2011.

New Laws and Recent Trends: Strategies For The Practice of Family Law
Inside the Minds – Strategies for Family Law in Illinois, 2015 - 2016 Edition; Aspatore