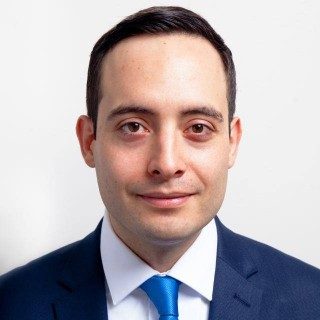 Luis Gomez Alfaro leads the immigration litigation practice at Myburgh Leleu & Gomez Alfaro and provides counsel to clients in cross-border matters involving Latin America. His diverse professional background uniquely positions him to offer foreign clients effective and efficient representation in the United States.
Luis began his legal career in Mexico where he specialized in cross-border transactions, and business immigration. His passion for learning and culture has taken him to practice in Argentina, Brazil, Mexico and the United States. He was also International CaseCounsel with the International Centre for Dispute Resolution where he administered over one hundred international commercial disputes.
Luis has also represented clients in over two hundred immigration court proceedings. He has appeared before immigration courts in Atlanta, Baltimore, Boston, Buffalo, Chicago, Cleveland, El Paso, Hartford, Newark, New York City and the Board of Immigration Appeals.
Luis is an active and outspoken member of the immigrant community in New York City and has made numerous appearance in local and national media outlets. He is regularly scheduled for radio and television interviews regarding the immigration system in the United States and the requirements for employers to remain compliant with the ever-changing immigration requirements.

Lifting the Injunctions: The end of “the trial of the century” in sovereign debt
Illinois Business Law Journal
April, 2016

The Making of Law: The Supreme Court and Labor Legislation in Mexico, 1875—1931, by William J. Suarez-Potts
Comparative Labor Law & Policy Journal, The International Society for Labor Law and Social Security & The University of Illinois College of Law
November, 2014

A collectivist approach to contract regulation: A comparison of the legislation of Mexico and Brazil.
Debate Social, Universidad Jesuita de Guadalajara, ITESO
September, 2013