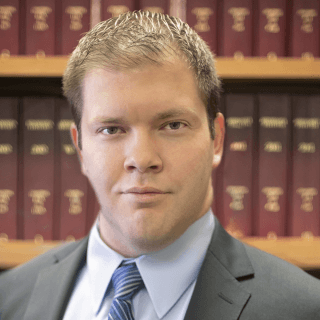 I was born in St. Paul, MN on July 21, 1980. My father, Mike, was practicing law in Minnesota at the time. When I was four years old, my parents moved to Menomonie, WI and I attended K-12 within the Menomonie School District graduating in 1998. In High School, I enjoyed playing football and baseball. I was fortunate to be one of the quarterbacks on the undefeated 1997 Menomonie football state championship team. Following high school, I decided to move across the state and attend the University of Wisconsin - Whitewater. Although Whitewater was similar in size to Menomonie, I missed living in Northwestern Wisconsin, so I transferred after my freshman year to the University of Wisconsin - Eau Claire. While attending UW-Eau Claire, I spent a semester studying abroad at Southern Cross University in Lismore, Australia. In 2002, I graduated from UW-Eau Claire with a bachelor of business administration. Early on in college, I decided I wanted to follow in my father's footsteps and attend law school. Although I was accepted by most of the law schools I applied to, I elected to attend William Mitchell College of Law (now Mitchell Hamline) in St. Paul, MN. This was the same law school my father attended. During law school, I clerked for a personal injury attorney in Maplewood, MN and interned as a certified student-attorney prosecuting forfeiture and misdemeanor cases for the St. Croix County District Attorney's office in Hudson, WI. After graduating law school, I passed the Wisconsin Bar Exam in 2005 and the Minnesota Bar Exam in 2006. I was fortunate to return to Menomonie to practice law with my father in 2005 in my home town of Menomonie, but handle many personal injury cases in Eau Claire and throughout Northwestern Wisconsin. In my free time, I play in a Woodbury softball league and volleyball leagues in Menomonie and Chippewa Falls. Additionally, I spend as much time as I can with my mixed lab, Hank, a rescue dog I adopted in February 2010.