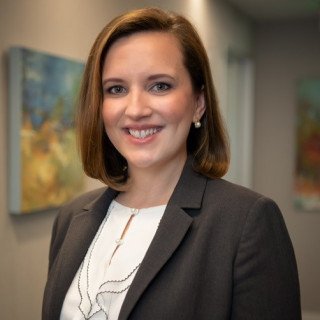 Maggie Chappell practices in the areas of personal injury and mass torts. She has handled truck and auto accidents and catastrophic injury cases. She also works on the mass torts team which handles 3M combat earplug cases and talcum powder ovarian cancer cases, among many more.

Maggie was born and raised in Inman, South Carolina. She moved just down the road to attend Wofford College and graduated in 2012 with a degree in English. After college, she worked as a legal assistant for Mark Arden before attending the University of South Carolina School of Law in 2015. Maggie was lucky to work at Chappell, Smith and Arden before, during, and after law school where she has been challenged and encouraged every day. Maggie is married to her college sweetheart with whom she shares two dogs: Hank and Josie.