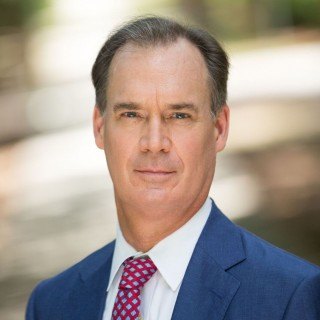 Malcolm Crosland grew up in Charleston in a family of attorneys. He graduated from the University of South Carolina School of Law in 1987 and immediately joined the Steinberg Law Firm. Malcolm was drawn to the firm’s reputation for representing working people and championing causes to promote fairness and equality for injured people and their families. His office is in our downtown location, but Malcolm travels throughout the state to meet with clients and help them fight for their rights. Three times named to Best Lawyers in America and a 2011 SuperLawyer, Malcolm holds an A/V (the highest level) rating with Martindale-Hubble for his professional and ethical performance. He’s a past president of Injured Workers Advocates, the only statewide organization for attorneys dedicated to the protection of the rights of injured workers. Malcolm is also the founder of HeadsUp! SC, a non-profit devoted to preventing brain injury among young athletes. He currently serves on the Board of Directors for Workers Injury Law and Advocacy Group (WILG), a national organization whose mission is to protect the rights of working people in the United States. He has also served on a number of charitable boards and law-related Committees, including the Brain Injury Association of South Carolina. In addition to litigating for people injured due to the fault of others, Crosland represents working men and women before the SC Workers Compensation Commission and the U.S. Department of Labor. Malcolm is responsible for numerous appellate decisions in both state and federal courts.

Injured Workers Advocates
Past President
Current
Activities: The only SC statewide organization for attorneys dedicated to the protection of the rights of injured workers.

Workers Injury Law and Advocacy Group (WILG)
Board of Directors
Current
Activities: A national organization whose mission is to protect the rights of working people in the United States.