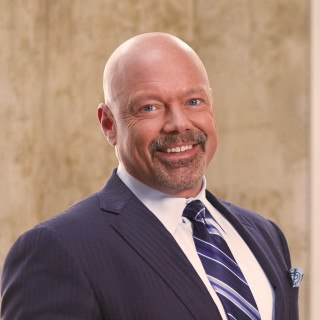 Malcolm "Mic" McConnell is the lead medical malpractice attorney at Allen, Allen, Allen & Allen. He has settled or tried cases in virtually every medical specialty since he began practicing law in 1987. He has been rated by other attorneys as Martindale-Hubbell AV, the highest rating available for competency and ethics. He has been listed in Virginia’s Super Lawyers every year since 2006, and in Best Lawyers in America every year since 2007. Best Lawyers in America named Mic Richmond’s Medical Malpractice Lawyer of the Year in 2013 and 2016.

He is one of the few attorneys in America who is Board Certified in Medical Malpractice Law, by the American Board of Professional Liability Attorneys. He also serves on the Board of Governors of the ABPLA. Mic is also an active member of the Virginia Trial Lawyers Association, is Chair of the Medical Malpractice Legislative Subcommittee and serves on VTLA’s Board of Governors.

Mic frequently lectures to medical professionals and to lawyers on issues of medical malpractice law and trial advocacy and serves on the faculty of the Virginia College of Trial Advocacy. Best Lawyers In America 2017: Malcolm Mic also helped write and lobby on behalf a new law to extend time limits for cancer victims to file medical malpractice suits to ensure their rights do not expire before they are aware of their illness.

"The Rise of Corporate Medicine and its Impact on Liability Reform", San Diego, California
American Board of Professional Liability Attorneys

"Medical Malpractice: "There But for the Grace of God...", Annual Winter Meeting, Richmond, Virginia
Virginia Association of Nurse Anesthetists