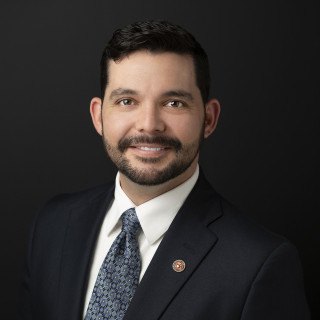 Marc Wolfson is a business litigator who came to the law after careers in business and the military, and brings that experience to bear in his work. Litigators often see businesses at their most precarious, when their leadership may face business-crippling financial or legal rulings. As a former entrepreneur, he understands what these consequences mean to you, and he’s committed to finding creative legal solutions that help you not only stay in business, but thrive. He is committed to providing vigorous representation while retaining the personalized service Heller Law strives for.

After finishing high school in Hillsborough County, Marc joined the United States Marine Corps and served two tours in Iraq, acting as a communications chief, foreign advisor and foreign police trainer. Following his military service, he spent time in sales, breaking a 31-year sales record on his first day. He then put his government experience to work as president and CEO of National Sourcing, Inc., which provides personnel and program management to federal agencies. While expanding that business, he attended the University of South Florida. From there, he went on to Stetson University College of Law, where he graduated fifth in his class. While earning his J.D., he clerked for Heller Law; he joined the firm in April 2019, after graduating and passing the Florida Bar.

Marc is active in veterans’ issues around Tampa Bay. In 2015, he co-founded Post 9/11 Veterans Corp., a 501(c)(3) nonprofit that helps veterans as they transition to civilian life. The organization has received multiple recognitions, including a $50,000 grant through the Tampa Bay Lightning Community Heroes program. Post 9/11 Veterans Corp. also appears regularly in Tampa’s annual Gasparilla Parade of Pirates as Ye Krewe of Valor. Since 2015, Marc has also volunteered as a mentor with the Hillsborough County Veterans Treatment Court.