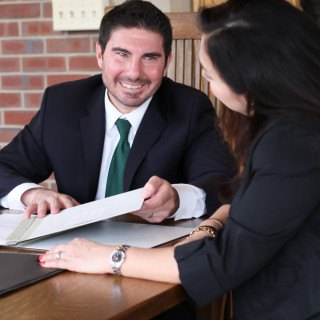 LEAD ATTORNEY MARIO PALERMO
In this industry, where results count, attorney Mario Palermo has consistently delivered. Mr. Palermo’s 21 year track record speaks for itself. In both 2015 and 2016, Mr. Palermo was awarded the prestigious Litigator Award. The Litigator Award represents the highest honor in Trial Law, and stands as the nation’s most coveted symbol of litigation achievement. The Litigator Awards are based on actual “Verdict and Settlement” dollar achievement rather than peer popularity, making it the most rigorous and objective award ratings anywhere. Those awarded join an exclusive fraternity of Superstar Lawyers who have won Million, Multi-Million, and Billion dollar cases- a feat achieved by fewer than 1% of all lawyers. Mr. Palermo is also a member of the Million Dollar Advocates Forum, a prestigious group of trial lawyers who have won million and multi-million dollar verdicts and settlements. Mr. Palermo has been named a “Leading Lawyer” by his peers in 2015, 2016, and 2017.

The son of a New York City police officer, Mario Palermo got into injury law to help the underdog achieve justice. For the past 21 years, Mario has dedicated his career to recovering full and fair compensation for injury victims and their families. Mr. Palermo was thrust into the national legal spotlight with his early handling of a defective airbag case that involved the death of a 48-year-old mother. Ford Motor Company attempted to argue that the mother’s death was due to her “brittle neck”. The case settled for $1,500,000 after Mr. Palermo sucessfully used the vehicle’s “black box” technology to prove the airbag was defective. This case was featured prominently in the national news as one of the first successful uses of vehicle “black box” technology to prove an auto manufacturer’s negligence. Since then, Mr. Palermo has succesfully handled numerous cases that resolved in excess of one million dollars.