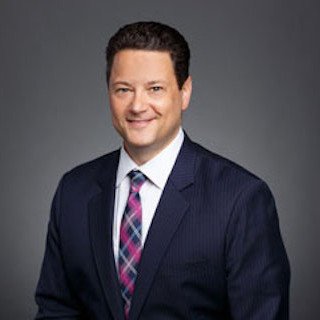 For more than twenty-five years, attorney Mark A. Brown, of respected Chicago personal injury law firm, Lane & Lane, LLC, has dedicated his legal career and skills as a litigator to helping countless individuals and families who have been injured, harmed, and abused at the hands of another.

Attorney Brown majored in Economics and minored in Business while attending the University of Illinois — Champaign-Urbana. He graduated in 1989 and went on to attend the Kent College of Law at the Illinois Institute of Technology and graduate in 1993.

He joined Lane & Lane, LLC in 2002 after starting off his career practicing as a plaintiff’s civil litigation lawyer with a focus on complex personal injury claims, sexual abuse, and medical malpractice in both state and federal courts.

Attorney Brown’s experience includes argument of a medical malpractice case in front of the Illinois Supreme Court at age 34, the preparation of several Appellate briefs, as well as numerous jury trials and mediations involving serious personal injury and medical malpractice.

From 2010-2018, Attorney Brown was selected for inclusion as an Illinois SuperLawyer in the field of personal injury. This is awarded to attorneys selected by their peers and to only five percent of personal injury lawyers. Other recognitions include one of the 40 Under 40 Attorneys to Watch in Illinois, and one of America’s Most Honored Professionals.

Mr. Brown have provided legs commentary regarding civil claims for sexual assault and abuse for a variety of media sources including PBS, Chicago Tonight, and the Daily Herald newspaper.

When he isn’t spending time fighting for his clients, Attorney Brown loves to collect and play guitar for his wife and three sons. He is also the executive Vice President of Chicago business association, Executives Guild Ltd.

http://www.Lane-Lane.com It's a sad reality that sexual abuse of a child can occur anywhere including church, school, and at the Boy Scouts—organizations the public has grown to trust. Sadly, children...

What You Can Expect from Our Law Firm

http://www.Lane-Lane.com We know that you have many options when choosing an attorney and law firm for your case. Whether you are pursuing an auto accident claim, work accident claim, slip...