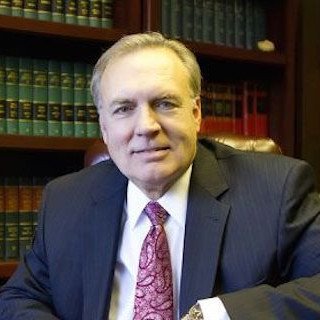 Mark Albright is one of the partners at Albright, Stoddard, Warnick & Albright. He is an experienced attorney and publisher on many legal topics. Some of his writings have been used in seminars. His study of the law has given him a wide understanding of the law, making him a superb choice for even the most complicated cases.

Mark Albright was raised in Las Vegas, and attended law school there. While attending law school, he was an author and editor to the law review. He later clerked for Federal Judge Lloyd D. George as well. These experiences were key in honing both his skills as a writer and as an attorney.

Although attorney Mark Albright was offered many opportunities in law firms around Nevada and Arizona, he chose to join his father at his law firm in Las Vegas. There, he thrived, proving his ability as a lawyer. In 1996, after fifteen years of legal practice, he received his AV rating. He was also included in U.S. Senator Reid’s list of nominees for a federal judgeship appointment.

Mark Albright has also received many awards for his achievements. The following is just a sample of his most recent successes:

If you’ve been injured in a serious accident, Mark Albright and the lawyers at Albright, Stoddard, Warnick & Albright are here to help.

A Brief Review of the Fair Debt Collections Practices Act

A GUIDE TO STATUTES OF LIMITATIONS AND REPOSE IN NEVADA
2012