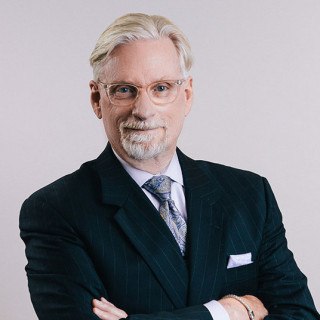 Mark A. Broughton is a Fresno County criminal defense attorney who represents men, women, and juveniles in state and federal court. Mr. Broughton has been licensed to practice law for the past 39 years. He regularly defends people accused of simple misdemeanor DUIs to complex cases such as white collar, gang related matters, and murder charges. He was the chief defense attorney for a 17-attorney criminal defense law firm where he worked exclusively in criminal matters for nearly 15 years. Mr. Broughton is death penalty qualified and is currently on the special circumstances/death penalty panel of attorneys who are appointed to the most serious murder cases by the Fresno County Superior Court. He has handled and tried dozens of murder and manslaughter cases, and has received several not guilty verdicts in murder cases tried by a jury. He has worked with the Northern California Innocence Project and was successful in obtaining the reversal of a conviction in which an innocent 17 year old boy was wrongfully convicted of a double murder who had been sentenced to two Life Without the Possibility of Parole (LWOP) prison terms. His high profile cases have appeared regularly in the media and on television programs such as The History Channel’s "Gangland."

Q. Please help, I have a urgent question.
August 21, 2019
A: No, unless there is independent probable cause to believe that you are involved in criminal activity. Even then, you would have to be under arrest and/or give consent, or the officers obtain a warrant based upon probable cause to draw your blood.

Q. My wife left to india 6 months back...We decided to seperate now..She is telling that she comes back and file dv on me.
February 20, 2019
A: Whether a case would be filed after 6 months under these circumstances is very questionable. However, any allegation of domestic violence can have immigration consequences. You should probably consult with an immigration attorney on this issue.

Q. Can four defendants be tried all together and have to take the same plead?
February 7, 2019
A: That happens the vast majority of the time in state cases. It is typically called a "package," meaning that a plea offer to settle the case is made to all the defendants, each of whom must accept their offer. If one or more of them do not accept their offer the others cannot do so. It's all or nothing. This can unfair to someone who feels forced to accept a plea deal, or who may have defenses to the charges, or who feel they are innocent. The offers to each individual can be the same for each, or they could be different charges. Occasionally, someone is allowed to plead out, as they say, but that usually comes with a price: cooperating with the prosecution and testifying against the others if the case goes to trial.