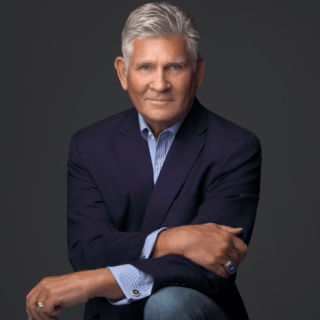 In 1989, he was selected by the Jackson Purchase Lodge, Fraternal Order of Police, as citizen of the year and was awarded by the Paducah/ McCracken County Child Watch for outstanding service to the children of Paducah and McCracken County.

Mark P. Bryant served as First Assistant Commonwealth's Attorney in McCracken County from 1974 until 1977 and was elected three times as Commonwealth's Attorney, serving from 1977 until 1990. During that time, he was appointed by the Attorney General of Kentucky as Special Assistant Attorney General of Kentucky. As a prosecutor, Mr. Bryant's areas of special interest were homicide, sex crimes, illegal drugs and crimes against children.

Mark Bryant has lectured on a variety of civil and criminal litigation related topics for the Kentucky Bar Association and the Kentucky Trial Lawyers Association. He has also appeared as a guest on the Larry King Live Show as well as multiple times on Dateline NBC for his representation of defendants in death penalty murder cases.

He is a Kentucky Super Lawyer, Life Member of the National Registry of Who’s Who and a Senior Fellow of the Litigation Counsel of America, and is rated AV Preeminent by his peers. He is also a member of the Million Dollar Advocates forum.

Learn more about Mark on his profile at https://www.bryantpsc.com/attorneys/mark-bryant/.

Get to Know Bryant Law Center - Your Kentucky Law Firm

What to do if you or a loved one gets in an auto accident.

What to do when you get injured on the job.

Call us if you've taken Zantac (Ranitidine) and been diagnosed with cancer.

You Don't Pay Anything Until We Win Your Case