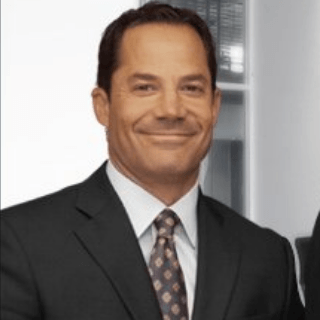 Mr. Casazza began his career with the firm in 1997 as a law clerk, wherein he assisted the firm in all areas of litigation, research and trial preparation. After his admission to the New Jersey bar in 1998, Mr. Casazza has been involved in all areas of both civil and criminal litigation in the State and Federal Courts of New Jersey. He not only represents plaintiffs who have sustained serious personal injuries, he also represents employees who have been victims of sexual harassment, have been the subject of discrimination, and those that have been unlawfully retaliated against and/or wrongfully terminated from their jobs.

Mr. Casazza continues to represent criminal defendants in both the Superior and Municipal Courts. He has argued criminal appeals before the New Jersey State Supreme Court. He is also a former lecturer of the Hazlet Township Auxiliary Police on principles of constitutional law, unlawful search and seizure.

Mr. Casazza is also licensed to practice law in New York, and has represented criminal defendants in New York Supreme Court, as well as civil plaintiff’s in the Federal District Court for the Southern District of New York.

Getting arrested for drunk driving in New Jersey is not a small matter. Depending in part on your age, your blood alcohol content (BAC) and whether you’ve been arrested for DUI before, if you’re facing drunk driving charges, you could lose your license and face stiff fines and even jail time. Penalties increase for each subsequent charge, and can be compounded by related charges such as driving with an open container, driving while your license is suspended or driving while possessing drugs. Penalties are particularly severe if someone was injured or in case of death in a DWI accident. Clearly, drunk driving charges are taken seriously in New Jersey. But there are things a skilled lawyer can do to help you regain control of your life.

From our offices in Hazlet or East Brunswick, New Jersey, the workers’ compensation attorneys of Rudnick, Addonizio, Pappa & Casazza PC offer people in Monmouth, Middlesex and Ocean counties experienced legal representation for their work-related accident or injury claims. We have been providing aggressive representation for injured people in New Jersey for more than 40 years. If you have been injured on the job, or while performing a job-related activity, you are entitled to workers’ compensation (sometimes referred to as workman’s compensation). In some cases you may be able to bring a separate personal injury lawsuit – if your injuries occur as the result of negligence by someone other than your employer. Come to our offices today for a free confidential consultation to discuss your rights and entitlements following a work-related injury.