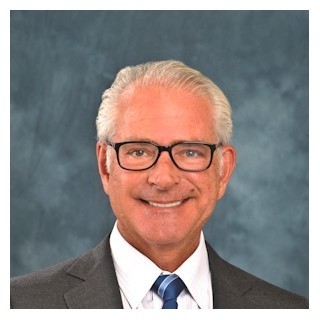 Mark H. Perenich was born in Clearwater, Florida in 1956 and is the son of firm-founder, Guy N. Perenich, Esquire.
Mark Perenich graduated from Loyola University New Orleans with a Bachelor of Public Administration in 1981 and a Juris Doctorate in 1984. Following graduation, he joined the firm where he is now a senior partner.
Mark received the James Masters Award in 1981 and the American Jurisprudence Award in Wills & Estates and Corporations in 1983.
Moot Court Member
Taught business and corporate law at St. Petersburg College
Area of practice includes all aspects of personal injury with an emphasis on:

Mark Perenich became a Board Certified Civil Trial attorney in 1997
For over 10 years, he served as Chairman of the Board of Directors for the American Burn Survival Foundation, a non-profit organization serving the needs of burn survivors throughout Florida.
He has also hosted over 250 live call-in television programs on FLA LAW where he provided legal advice to viewers.
Mark Perenich is a member of the American Justice Association, Florida Justice Association, Pinellas County Trial Lawyers, and the Lawyer Pilots Bar Association.
He is admitted to practice in the Middle and Southern U.S. Federal District Courts, the 11th U.S. Circuit Court of Appeals and the United States Supreme Court.
He has argued cases before the Second District Court of Appeals in Tampa and Lakeland and before the Florida Supreme Court in Tallahassee.
He has been a member of the Clearwater Bar Association for over 25 years.
Mark is recognized by his peers in Martindale Hubble as having received the highest rating AV in legal ability and ethical standards. The AV rating is the pinnacle of professional excellence among attorneys.
Mark Perenich is a Member of the Million Dollar Advocates forum
Mark Perenich is also a Member of the Multi-Million Dollar Advocates forum

The Multi-Million Dollar Advocates forum is a distinction award to lawyers that win their clients Millions of dollars.

Personal injury Attorney Mark H. Perenich has also appeared on the Nachmann show on NBC as an expert.

Mark Perenich is sworn in to practice in the 11th District Federal Court or Appeal, The Florida Supreme Court