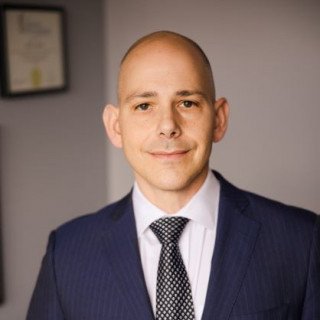 Mark Sadaka is an accomplished trial lawyer who is regularly involved in nationally important litigation. Since the beginning of his career, Mr. Sadaka has fearlessly represented clients who were killed or seriously injured by the acts of others and corporations. He is nationally respected in complex litigation and has been profiled in numerous books, interviewed by newspapers and podcasts, and is a sought-after speaker. Mr. Sadaka only represents people who suffer life-changing injuries or financial losses.

Mark Sadaka has successfully represented individuals in catastrophic injury cases through trial. Examples of Mr. Sadaka's work include successful recoveries for a man who suffered a brutal assault by a bouncer at a popular bar, a child who suffered brain damage caused by carbon monoxide poisoning due to a gas leak, lung damage caused by legionnaires' disease, aggressive prostate cancer resulting in death caused by Avodart, and severe brain damage leaving a man quadriplegic caused by the drug Zostavax. In addition, Mr. Sadaka was the first ever to successfully prove in court that the Gardasil vaccine killed a 21-year-old woman and the first ever to link Gardasil to infertility.

It all started with his mother. Back In the 1970s, Mr. Sadaka's mother began to smoke Virginia Slim cigarettes that were marketed towards women. She decided to smoke but did not decide to become hooked on the nicotine Philip Morris put into the product to make her addicted. Mark Sadaka's mother died of cigarette-induced lung cancer at the age of 51. That loss drives him in the work he does. He is motivated to defend those who suffer or die at the hands of others.

Mark Sadaka created Sadaka Law with the express purpose of doing good things with the power of law – one case at a time.

When not working, Mr. Sadaka enjoys travel, skiing, fishing, and the outdoors. He is a proud father who enjoys time with his family.

Founder
Sadaka Law
2008 - Current
Founded by Mark T. Sadaka, Sadaka Law is a premier law firm experienced at handling complex lawsuits for injured people throughout the country. The firm central focus is on Litigation with Purpose which embodies its vision to do good things with the power of law – one case at a time.

Pennsylvania
Disciplinary Board of the Supreme Court of Pennsylvania
ID Number: 315654
Since 2013