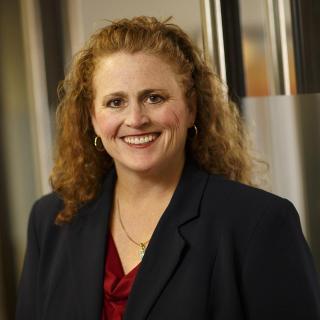 Marnie C. Lambert, the founding member of Lambert Law Firm, LLC, is licensed to practice law in all state courts and federal district courts in Ohio and California. She has spent most of her legal career representing consumers in complex civil litigation, commercial litigation, securities litigation and class actions. She has also represented clients seeking recovery for personal injuries, wrongful death and various business torts. Ms. Lambert received her juris doctorate from Pepperdine University School of Law in 1992. She spent the first five years after law school working in Los Angeles, California for a large international law firm. From there, she joined a small niche law firm where she primarily handled large insurance bad faith cases on behalf of insureds related to claim denials after the 1994 Northridge Earthquake. Ms. Lambert returned to her home state of Ohio in late 1999 and joined a large law firm where she defended asbestos manufacturers and suppliers in personal injury and wrongful death cases for a short time. She went back to consumer representation in 2002 and, in 2004, had the privilege of representing a young widower in wrongful death litigation against a medical provider that negligently caused his wife’s death during the birth of their second child. A seventeen-day trial resulted in a plaintiff’s verdict of $6,691,420, which was the largest wrongful death jury award in Franklin County, Ohio history at the time. It was not until 2005 that Ms. Lambert found her true passion in law. It was then that she joined another boutique law firm, but this time she represented consumers in investment fraud cases and class actions. As of today, Ms. Lambert has represented hundreds of investors across the country in securities disputes with their brokerage firms in both FINRA arbitrations and in court. Her law practice is dedicated to protecting consumers from bad actors of all types and sizes.

All U.S. District Courts in California

All U.S. District Courts in Ohio