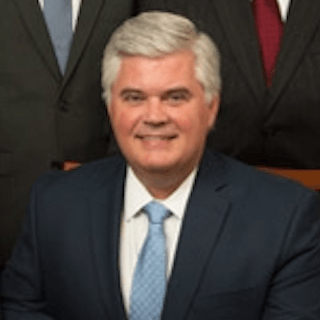 Marquette W. Wolf is an associate with The Law Firm of Ted B. Lyon & Associates in Dallas, Texas, who began his career at the firm while still a student at the Southern Methodist University Dedman School of Law, from which he received his Juris Doctor in 1996. Over the years, Mr. Wolf has established himself as a seasoned trial lawyer who has led dozens of jury trials to verdict, and he has also taken on multiple arbitration cases, including high profile, groundbreaking legal actions in which he played an instrumental role.

Among his many honors, which include being awarded Martindale-Hubbell's highest rating of AV-Preeminent*, Mr. Wolf received the John Howie Award from the Dallas Trial Lawyers Association for the "Courageous Pursuit of Justice in the Face of Adversity" in 2008. He is admitted to practice before state courts in Texas and Oklahoma and before the U.S. District Courts for the Eastern, Northern and Southern Districts of Texas.