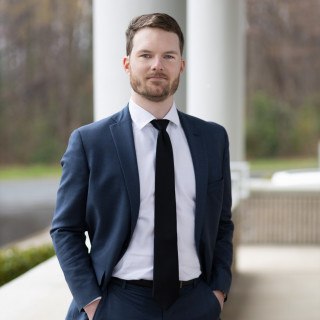 Matt Burgess is a South Carolina attorney and has represented clients across the state in matters involving Criminal Defense, Personal Injury, General Civil & Appellate Litigation. Matt has been chosen a member of The National Trial Lawyers: Top 100 Trial Lawyers and Top 40 Under 40; selected by the American Institute of Criminal Law Attorneys and the American Institute of Personal Injury Attorneys as a member of their “10 Best Attorneys”; by the American Society of Legal Advocates as one of the Top 40 Under 40 Criminal Defense Lawyers in the State of South Carolina; and has been recognized by the National Academy of Criminal Defense Attorneys as a recipient of their Top 10 Under 40 Attorney Award.

The Law Office of Matt Burgess, Ltd. Co. is located in downtown Rock Hill, where Matt regularly takes cases in York County and the surrounding areas- Cherokee, Chester, Chesterfield, Fairfield, Kershaw & Lancaster counties- though he has also represented clients across South Carolina’s Midlands & Lowcountry, including Lexington, Richland, Sumter & Charleston counties, among others. He has appeared locally and nationally on major broadcast networks and their affiliates- NBC, CBS, FOX & CNN- and quoted by mainstream periodicals, his casework featured in publications such as the Washington Post, New York Times, People & USA Today.

Commendation Medal
South Carolina State Guard
2015
“Commendable service in providing pro bono legal representation to George Stinney, Jr., a young African-American wrongfully convicted and executed for the murder of two young girls in 1944. [Matt] Burgess undertook the research necessary to successfully bring an action to have his conviction overturned and his name cleared. [Matt] Burgess has also employed his significant legal prowess in the representation of veterans facing legal proceedings on behalf of the State Guard.”