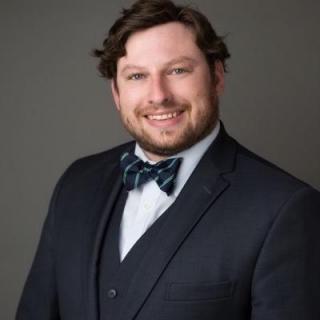 Matthew Davidson was born in Austin, Texas. He spent his high school years on a family ranch in Dripping Springs, Texas in the beautiful Texas Hill Country. After High School, Matthew attended and graduated from the University of Texas at Austin with a Bachelor of Arts in English and American Studies. After working in the financial industry, Matt attended Regent University School of Law in Virginia Beach, Virginia where he earned his Juris Doctorate. After law school, Matthew moved back to his home state and began practicing law in Fort Worth, Texas. Ultimately, Matthew and his brother, James, established the Davidson Law Group in Fort Worth with a concentration on Estate Planning and Elder Law. Matthew was recognized by Fort Worth Magazine as a Top Attorney in 2015 and 2016. He has been given multiple other awards including: Top 40 Under 40 by the National Trial Lawyers Association, Best Attorneys in America 2015, and the Nation’s Top One Percent by the National Association of Distinguished Counsel. Matt has an AVVO rating of 10.0 and a 5 Star AVVO Client Rating. Matt’s passion for helping others is what led him to the areas of Estate Planning and Elder Law. He loves helping hardworking people protect what they have earned throughout their lifetime. His goal is to create meaningful, life-long relationships with his clients to be there for them when they need him. Matt enjoys spending time with his friends and family, especially his wife, Brianna, and his sons, Hayden and Clay. Matt is an avid sports and music fan, and he enjoys any activity in the great outdoors.

Does Shall Mean Shall in the Texas Code of Criminal Procedure? (Jailhouse Pleas and Motions for New Trial), MJBAT Annual CLE and Traffic Law Update, Fort Worth, Texas
August 15, 2014
Municipal Justice Bar Association of Texas

Nation's Top One Percent
The National Association of Distinguished Counsel
2015