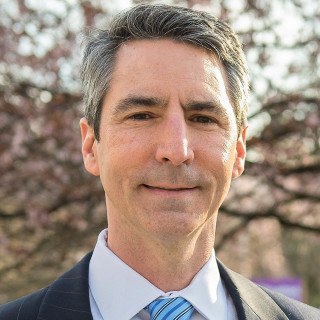 Matt was born and raised in Sarasota, Florida. He received his Bachelor of Arts in 1992 from Johns Hopkins University, where he was on the fencing team for four years. In his senior year, Matt was captain of the fencing team, which won its conference championship, where Matt placed second in the individual foil competition.

After Johns Hopkins, Matt attended the University of Florida College of Law, graduating first in his class, and served as senior research editor of the Florida Law Review. Having thereafter received one of the highest Florida Bar examination scores, Matt was invited to speak at the induction ceremony at the Second District Court of Appeals. Following law school, Matt attended New York University School of Law, receiving his Masters in Taxation in 1997.

Matt then spent eleven years practicing law at several large Philadelphia law firms, where he concentrated his practice on estate planning and estate and trust administration. He was actively involved in the Probate & Trust Law Section of the Philadelphia Bar Association, having served as a member of the Executive Committee, chair of the Tax Committee, and secretary of the Rules and Practice Committee.

In 2009, Matt joined the legal department at Commonwealth Trust Company in Wilmington, Delaware. In 2012, he was promoted to Vice President of Legal Affairs. He has presented twice at the Delaware Bankers Association’s annual Delaware Trust Conference.

Matt returned to practicing law in Philadelphia when he joined Teeters Harvey Marrone & Kaier LLP in June 2018. He is a member of the Pennsylvania, New Jersey and Florida bars, as well as the Legislative Committee of the Probate & Trust Law Section of the Philadelphia Bar Association.

Pennsylvania
Disciplinary Board of the Supreme Court of Pennsylvania
ID Number: 79346
Since 1997