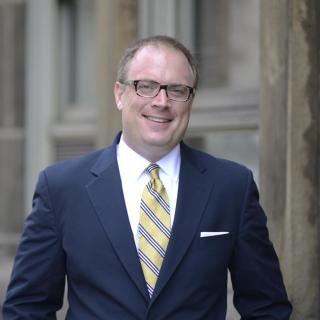 Matt Logue is the founder of Logue Law Firm LLC, with offices in Pennsylvania and West Virginia. Focusing his practice on litigation, he represents clients in civil matters, including business disputes, medical malpractice, wrongful death, motor vehicle accidents and other personal injury litigation. Mr. Logue also provides criminal defense counsel to those who have been charged with felonies or misdemeanors, including driving under the influence and white collar crimes. In addition to his civil and criminal trial practice, he has represented clients in hearings before state and federal agencies, including the United States Merit Systems Protection Board, the United States Equal Employment Opportunity Commission and, the Pennsylvania Human Relations Commission. After graduating from Georgetown University with a Bachelor of Arts in 1998, Attorney Logue went on to receive his Juris Doctor in 2001 from the University of Pittsburgh School of Law, where he was honored with membership in Order of the Coif and where he served as Topics Editor of the University of Pittsburgh Law Review. He is admitted in and has practced before the United States Supreme Court, the United States Court of Federal Claims, the United States Court of Appeals for the Third Circuit, the United States District Courts of the Western District of Pennsylvania and the Northern & Southern District of West Virginia. He is also admitted before the Pennsylvania Supreme Court and the West Virginia Supreme Court of Appeals. Highly regarded by his peers, Attorney Logue has received a 10.0 "Superb" rating from Avvo and has been named to the National Trial Lawyers: Top 40 under 40 list and Top 100 Trial Lawyers List. A member of the Board of Governors of the Western Pennsylvania Trial Lawyers Association, he stays abreast of current developments in his practice area through his active participation in several other professional organizations.