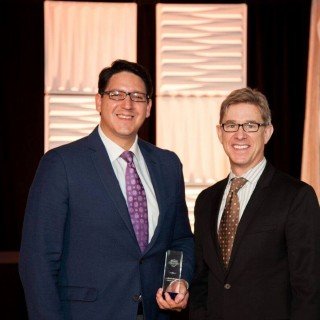 Melvin R. Welch was born and raised in a small farm town in Minnesota. Following graduation, Melvin attended college at the University of Minnesota, Duluth, before joining the United States Navy in 1996. As a sailor, Melvin learned Russian and served aboard submarines. During his time in service, Melvin finished college and then worked as a translator in the NATO peacekeeping mission to Kosovo, translating for the United States Army and the Russian 13th Tactical Group in Kamenica, Kosovo.

Melvin R. Welch attended the University of Minnesota Law School and graduated in 2007. Melvin's first employ was with the Office of the State Public Defender as an appeals attorney, challenging wrongful convictions and illegal sentences. After several years with the State Public Defender, Melvin switched sides and prosecuted serious felony crimes for Hennepin County for nearly five years. Among the crimes he prosecuted were: murder, assault, robbery, burglary, drug crimes, property crimes, gun crimes, child abuse, DWIs, and various other crimes. Melvin tried hundreds of constitutional challenges and dozens of cases. He left the Hennepin County Attorney's Office to return to the criminal defense, working as an associate for a criminal defense law firm for a year before starting his own practice of law at Welch Law Firm. Melvin is licensed to practice law in the State of Minnesota and U.S. District Court for the District of Minnesota, and the Eighth Circuit Court of Appeals. Melvin has handled serious felony and DWI matters in the five corners of Minnesota, and all over within.

Owner
Welch Law Firm LLC
2014 - Current
WELCH LAW FIRM LLC seeks to represent individuals and small business owners against the steady stream of government overreach, whether it is in criminal cases or in civil disputes with governmental administrative bodies. Providing legal services to individuals charged criminally in Minnesota and Federal courts, from petty misdemeanors to felonies, from investigation through appeal, post-conviction challenge, and administrative challenges to collateral consequences. Representing clients in all manner of civil disputes to include: administrative disputes with local/city/state governments, business, contracts, insurance, consumer fraud, banking disputes, and miscellaneous issues resulting in litigation.

Assistant County Attorney
Office of the Hennepin County Attorney
2008 - 2013
Prosecuted felony crimes for the County of Hennepin. Acted as a liaison to Minneapolis’ Fourth Precinct, working with community leaders and interested parties regarding prosecution of repeat offenders.

University of Minnesota Alumni and Student Engagement Committee
2015 - Current
Activities: The Alumni & Student Engagement Committee’s work is based on the guiding assumption that both alumni engagement and student success are fostered by bringing alumni and current students together in meaningful ways through events, volunteer work, and other initiatives. The Committee’s goal is to foster and strengthen opportunities for those interactions within the University of Minnesota Law School community. To accomplish this goal, we expect all members of the Committee to actively participate in both the Committee’s work and the events and volunteer opportunities organized by Law School staff.