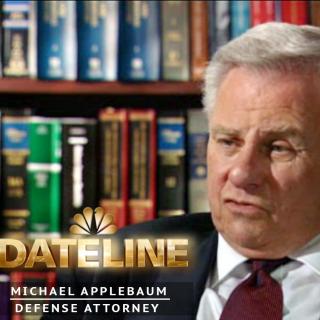 Attorney Michael H. Applebaum has tried hundreds of cases and represented thousands of clients in his over 40 years of practicing law in Pennsylvania. His professionalism, conversational style, statesmanlike honesty and tenacious trial methods have earned him the respect of Judges, jurors, clients, associates, and the community as a whole. Perhaps one of the most difficult and best known cases in which Michael H. Applebaum was involved was the murder of a Philadelphia teenager named Eddie Polec on November 11, 1994 about which the book In Eddie’s Name: One Family’s Triumph over Tragedy was written. In 1960, entered Temple University in Philadelphia, working his way through undergraduate school as a longshoreman on the docks of Philadelphia. In 1964, Michael H. Applebaum graduated from Temple University with a B.S. in Accounting with a Minor in Journalism and Communications. After Temple, Michael H. Applebaum received a full scholarship to the prestigious Louis D. Brandeis School of Law at the University of Louisville (considered by many legal scholars to be the Harvard of the South). At law school, he was a member of the much esteemed Law Review and graduated in the top 10% of his class in 1967 earning a Juris Doctor degree. He also served as Chairman of the Law Student Civil Rights Counsel which was involved with protecting the rights of minorities and ensuring that they were not singled out and persecuted because of their race, color or creed. Additionally, the counsel was responsible for organizing many of Dr. Martin Luther King’s speaking engagements to The Brandeis School of Law. Over the last 40 years, Michael H. Applebaum has built the powerful practice, Applebaum and Associates. The practice has five offices with a team of strong associates and very skilled paralegals. Applebaum and Associates are trial lawyers who represent their clients’ interests daily in court.