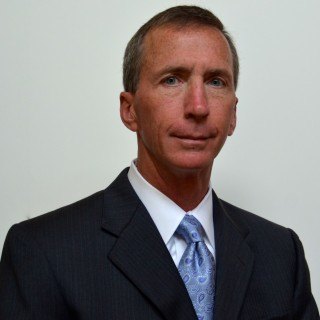 Darren O’Quinn is peer-reviewed for the highest possible rating for legal ability and ethics. He has recovered millions of dollars for his clients.

A native of Arkadelphia, Arkansas, he began his legal career in 1985 working as a law clerk at one of Arkansas’s most prestigious and largest law firms, then known as House, Holmes & Jewell (which eventually became Dover & Dixon). After receiving his Juris Doctor, with honors, from the University of Arkansas at Little Rock School of Law in 1987, he joined the firm’s Litigation Section as an associate where his practice emphasized the defense of insurers, doctors, hospitals, nurses, pharmacists, nursing homes, and personal injury, eventually being named a partner of the firm.

Mr. O’Quinn left his partnership at Dover & Dixon in 2002 and became a founding member of The Law Offices of Darren O’Quinn, where he began to prosecute the types of cases he formerly defended. Through his over 30 years of experience in both defending and prosecuting cases, Mr. O’Quinn has gained valuable insight into successfully screening and aggressively preparing cases for trial so that, ultimately, a careless wrongdoer will accept responsibility for the harms and losses caused to an innocent victim.

Q. Can neighbor shoot my bird dog that got out of pen followed him and his dog home for chasing his chickens
February 3, 2021
A: It depends. A pet owner may sue a person who purposefully hurt or killed his animal under different legal theories, including conversion, trespass to chattel (an old-school legal term for destroying or interfering with someone else's property), or intentional infliction of emotional distress. On the other hand, a person can shoot a dog that he knows killed or is about to catch, injure, or kill a domesticated animal (chickens included) without liability. ACA 20-19-102.

Q. I just found out that my father suffered from bed sores before he passed away.
February 12, 2019
A: It depends on the statute of limitations in your jurisdiction. For example, in Arkansas a medical negligence/nursing home neglect lawsuits must generally be filed within a 2 year statute of limitations (running from date of negligence, i.e. acts and omissions that caused the bedsores, not date of death). Each had stste can be different. Let me know if the negligence was in Arkansas and I can provide more detail. Thanks, Darren.

Q. I noticed that my dad (in a nursing home) developed a bed sore. Is this a sure sign of neglect?
February 12, 2019
A: It depends on the Stage (1-4 with 4 being the worst), the location (pressure point), and whether he had a medical condition that prevented him from being turned or significantly impaired his circulation. Give me a call to discuss.