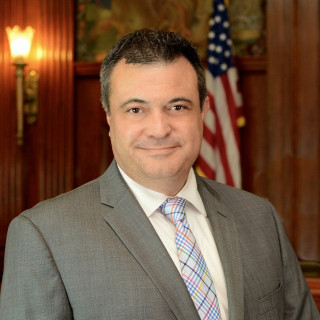 After leaving the State Attorney’s Office, Mr. Zmijewski went into private criminal practice before starting the Z Law Firm in 2007. Since that time, Mr. Zmijewski has defended thousands of clients throughout the Central Florida area. He has handled all levels of cases from simple misdemeanor DUI cases to complex Drug Trafficking, Attempted Murder, and RICO cases.

Mr. Zmijewski graduated from Temple University’s Fox School of Business and Management with a degree in Marketing and the Oklahoma City University School of Law with his Juris Doctor. Mr. Zmijewski is licensed to practice in all Florida State Courts.

Q. My fiancée was arrested for a vop for things That were falsely reported against him and can't prove it what can i do
January 9, 2018
A: The best advice I can give is to consider retaining an attorney for him so that the attorney can investigate and address these issues with the Prosecutor handling the case.

Q. DUI case,Judge withheld adjudication,no points added,no conviction will show on driving record.Whats that mean?
January 4, 2018
A: In the State of Florida, a Judge may not withhold adjudication on a DUI case. If your DUI charge was reduced to a Reckless Driving, then a withhold would keep points from being assessed.

Q. Husband committed domestic violence towards me for first time ever. Can I file a police report without pressing charges?
August 21, 2017
A: Once you file a police report, it will be up to the law enforcement agency to determine whether to submit the report to the Office of the State Attorney. If they do, and if upon review the State believes that there is sufficient evidence to file charges, they will be able to do so at that time.