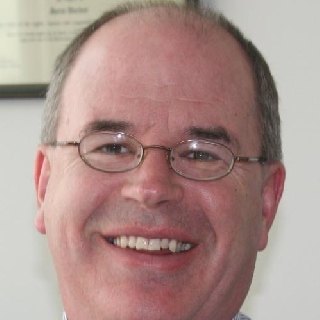 Michael Houtz graduated from BYU in 1984 with a B.A. degree in European studies. Before returning to BYU where he received his J.D. Law degree in 1989, he received a masters degree in French Studies from New York University. After graduating law school, he served as a clerk for the Arizona Court of appeals. He then returned to Utah and started his career working as an attorney for Helgesen, Houtz & Jones in Ogden in 1991. The firm made him a partner in 1996.

He met his wife while serving as a missionary in France. He is now the proud father of five children. Together with his family, he loves to travel. They are avid Yankee fans and have attending many baseball games in Yankee Stadium.

Michael Houtz loves to compete in sporting activities. He played baseball in college and continues to compete by running in marathons across the United States. He has participated in the famous New York Marathon and together has finished 22 marathons, most people would be content with just one.

Attorney
Helgesen, Houtz & Jones
1991 - Current
Michael Houtz is known as one of the best Social Security Disability Lawyers in the State of Utah. He also specializes in Personal Injury, Trusts, Contracts and Agreements, and Medical Malpractice.