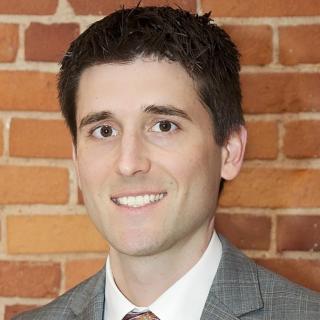 Michael Mineau is an attorney at Kelly & Mancini, PC in Providence, RI. His practice focuses primarily on business litigation, real estate litigation, construction litigation, land use, and business law. In 2006, Michael graduated from Miami University in Oxford, OH and earned a B.A in Political Science. He then attended Roger Williams University School of Law and graduated with a J.D. in 2009. Michael is admitted to practice law in Rhode Island state and federal courts. In addition, he is a licensed title agent in Rhode Island. In 2010, Michael was published in Hofstra's Journal of International Business and Law for his article entitled "Pirates, Blackwater and Maritime Security: The Rise of Private Navies in Response to Modern Piracy".

Q. Who can serve divorce documents on a Rhode Island resident?
March 27, 2013
A: Per RI Dom. Rel. P. Rule 4: "Service of all process shall be made by a sheriff or the sheriff's deputy, within the sheriff's county unless otherwise provided by law, by any other person authorized by law, or by some person specially appointed by the court for that purpose..."

Q. On the RI probate form 9.1 what is Type of Petiton to be entered on the blank line?
March 20, 2013
A: This blank line is for the type of petition you are seeking to waive the notice requirement for. Because this form is used for different types of petitions (i.e. Petition for Probate of a Will, Administration Petition, etc.), you should fill in the blank with the type of Petition that your upcoming hearing is on. Check with the probate clerk in the applicable city/town if you are still unclear.