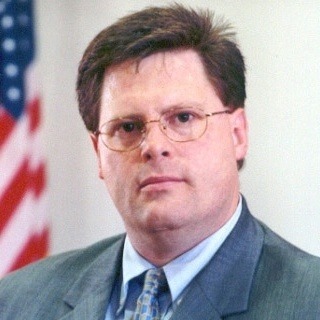 Michael Lehutsky is a lifelong resident of Wayne County and 1982 graduate of Western Wayne High School. He went on to earn a bachelor's degree in Pre-Law with a minor in sociology and criminology, from Penn State University in 1986. In 1989 he obtained his law degree from the Duquesne University School of Law in Pittsburgh where his studies emphasized trial tactics and litigation. While at Duquesne he served as an executive editor of the school's law review. Upon completing his education Mike returned to Wayne County where he began his legal practice as an associate attorney with the Honesdale firm, Rutherford & Zimmer. He left the firm in early 1994 to start his own solo practice. In January, 1992 Mike became an Assistant District Attorney for Wayne County, PA. He served as an assistant prosecutor until 2004, all the while building and maintaining a successful private practice focusing on civil litigation, real estate transactions, estate planning and business law. In 2004 Mike was elected District Attorney for Wayne County and served in that position until January, 2012. He is currently in his 26th year as a practicing attorney. During his career, Mike built a successful private practice and garnered a reputation as an aggressive prosecutor and a fierce advocate. Mike has also become a recognized community leader in other capacities including as an elected borough official and as a board member in numerous non-profit and political organizations. Michael resides in Honesdale with his wife and their son.