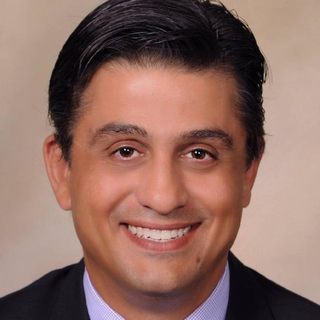 Michael is an experienced, well-respected litigator and trial attorney.
He concentrates his practice in litigation, specifically personal injury matters including wrongful death and catastrophic injury, as well as a wide range of complex municipal matters. He also currently serves as the Solicitor to the Montgomery County Controller.
Born in lower Bucks County, Bristol, Pa, Michael learned to value both hard work and education from his mother, who taught at Pennsbury for 40 years and his father who was a laborer and roofer. Michael’s father immigrated here from Calabria, Italy, where most of his relatives still live in a small southern town named Pedivigliano. Clients benefit from his perfect mix of real-world and legal experience. Prior to returning to school for law, Michael worked for several years with troubled teens in and around Philadelphia. Helping families at their darkest times inspired him to return to school to become an attorney.
Following a two year clerkship with the esteemed President Judge Alex Bonavitacola, Philadelphia Court of Common Pleas, Michael defended businesses, insurance companies and municipalities. He argued before the Delaware Supreme Court (making new law on indemnification), as well as the Federal Courts under zoning and land use statutes representing local townships/zoning boards. This experience directly benefits the clients he now represents, because he has been on “both sides of the fence” and understands how insurance companies, municipalities and their attorneys review and handle matters.
Michael has since spent over 20 years focusing on litigation. Lawyers across Pennsylvania rely on a book that Michael co-authored, “Library of Pennsylvania Personal Injury Forms.” Michael has litigated several trials around Pennsylvania, as well as multiple seven figure verdicts and settlements, (including the 2011 PA Top Jury Verdicts, #11, Legal Intelligencer).

Pennsylvania "Super Lawyer"
Philadelphia magazine
2020
Each year, no more than five percent of the lawyers in the state are selected by the research team at Super Lawyers to receive this honor. Super Lawyers, a Thomson Reuters business, is a rating service of outstanding lawyers from more than 70 practice areas who have attained a high degree of peer recognition and professional achievement. The annual selections are made using a patented multiphase process that includes a statewide survey of lawyers, an independent research evaluation of candidates and peer reviews by practice area. The result is a credible, comprehensive and diverse listing of exceptional attorneys. The Super Lawyers lists are published nationwide in Super Lawyers Magazines and in leading city and regional magazines and newspapers across the country. Super Lawyers Magazines also feature editorial profiles of attorneys who embody excellence in the practice of law. For more information about Super Lawyers, visit SuperLawyers.com.

National Trial Lawyers - Top 100
The National Trial Lawyers
2019
The National Trial Lawyers Top 100 is an invitation-only organization comprised of the premier trial lawyers from each state or region who meet stringent qualifications as civil plaintiff and/or criminal defense trial lawyers. Selection to the National Trial Lawyers Top 100 is based on a thorough multi-phase objective and uniformly applied process which includes peer nominations combined with third-party research. Membership is extended only to the select few of the most qualified attorneys from each state or region who demonstrate superior qualifications of leadership, reputation, influence, stature, and public profile measured by objective and uniformly applied standards. Each distinguished member of the Top 100 possesses the skill, knowledge, experience, and success held by only the best and finest lawyers in the United States.

Legal Elite: Top Litigation Firm - Bucks County
US Business News
2019
“The Legal Elite awards celebrates the skill and dedication of firms, teams and individuals, from across the US, who help and support the legal process. These awards highlight the most respected lawyers and attorneys as well as their fields of expertise and the companies they represent, and focus on the incredible results that come of commitment and passion in the industry,” said Award Coordinator Kevin Cooper. “Every one of our award winners is judged on merit alone; our internal research and judging process takes into account the votes received however, it is drive and devotion to the practice, regardless of how large or small the firm, that decides on who goes on to win one of our prestigious awards. No matter the field – the Legal Elite of 2019 are rewarded on their accomplishments throughout the legal profession and across the entire nation.” “All winners for the awards were the result of months of research and analysis by U.S. Business News’ dedicated awards team. As a result, each and every winner was chosen on merit only.”

Top Lawyers
American Society of Legal Advocates
2019
The American Society of Legal Advocates, ASLA, is an invitation-only, nationwide organization of elite lawyers in practice today. ASLA draws its membership from lawyers who combine stellar legal credentials with a proven commitment to community engagement and the highest professional standards. Through ASLA’s Top 100 Lawyers and Top 40 Lawyers Under 40 listings, we recognize exceptional legal talent and early promise among the next generation of great lawyers. Whether Immigration lawyers in California, Corporate lawyers in Delaware, or Trust & Estates lawyers in New York, we strive for practical diversity and rich experience in order to offer the best resources to those seeking legal counsel. ASLA’s easy-to-search directory enables those seeking representation to choose among a carefully-selected, highly-qualified community of lawyers with experience in wide-ranging practice areas in virtually any jurisdiction. ASLA offers members the opportunity to enhance their practices by providing them with the ability to network, discuss cutting-edge legal issues, refer clients, and benefit from ASLA-sponsored events and services. In addition, ASLA supports the legal community by routinely donating to non-profit legal organizations and events, and welcomes members’ donation recommendations. About Our Members ASLA was founded to bring together a select pool of diverse legal talent for the benefit of its members and the public. ASLA limits its membership to less than 1.5% of all licensed lawyers nationwide. We select outstanding lawyers in all states (except New Jersey and Texas, where we’re based), featuring no more than 100 lawyers per state – and 40 lawyers under the age of 40 – in each area of practice or specialty, with specialties varying per state depending on the number of practicing lawyers. ASLA aims to serve as a go-to source of exceptional legal advocacy, and, in turn, to strengthen professional relationships and best practices among member lawyers. Our Top 100 Lawyers in a given specialty include seasoned veterans with demonstrated excellence in their field and a sustained commitment to the profession. Our Top 40 Lawyers Under 40 identifies and recognizes lawyers demonstrating leadership and talent early on in their careers, not only in their practice, but in exemplifying the characteristics that will demonstrate the best that the legal profession has to offer. By highlighting the work of those showing promise among the next generation of lawyers, we hope to foster growth in the legal profession and promote the highest standards of practice. ASLA’s membership is by invitation only. While we accept nominations from licensed attorneys, we do not accept self-nominations or nominations from marketing companies, and every nomination is thoroughly vetted by ASLA’s lawyers. ASLA members are exclusively lawyers who have been identified by their peers to be the most skilled in practice. Any member who later is disciplined by his or her state bar is expected to report this information to ASLA, and will have their membership revoked.