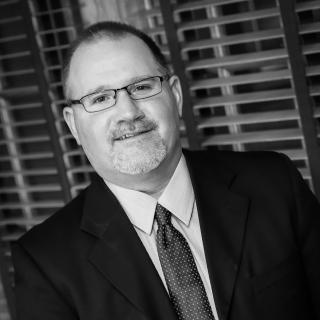 Mike is originally from Greendale, and now makes the Slinger/West Bend area home with his wife, two children and their dog. He likes to spend his free time outdoors, and you can often find him riding and racing his mountain bike, hunting, fishing or skiing. Mike graduated from the University of Minnesota in 1992 with a Bachelor of Arts degree in Economics. He graduated from Marquette University Law School in 1995. Mike practiced for several years in Mayville and Eau Claire, where he gained a broad experience in a variety of legal matters – family law, real estate, traffic matters, insurance issues and personal injury. However, the work he found most rewarding was representing people who needed help because they had suffered a life changing injury due to the carelessness of others. Mike has focused his practice on representing injured people and families across Wisconsin, and has tried cases to juries throughout the State of Wisconsin. While the circumstances of each case may vary – car crash, bicycle injury, product defect, unsafe property, or a dog bite – the commitment to providing aggressive, thoughtful representation to help people who have suffered a life changing is the same. Mike is an active member in the Wisconsin Association for Justice. He has been on its Board of Directors since 1997, was the New Lawyers Section Chair in 2002, and has served on various other committees. He is also a member of the Iowa Association for Justice. Mike was selected for inclusion in the Wisconsin Super Lawyers – Rising Stars Edition in 2006 – 2008, and was selected as a Wisconsin Super Lawyer from 2009 to 2015. He is certified by the National Board of Trial Advocacy as a Board Certified Civil Trial Advocate and Pretrial Advocate, and, in 2014 and 2015, was selected by The National Trial Lawyers as a Top 100 Trial Lawyer - Wisconsin. Mike has a 10/10 rating on Avvo, and received a Clients' Choice award in 2015. Mike is licensed in Wisconsin and Iowa.

Board Certified Pretrial Advocate
National Board of Trial Advocacy

U.S. Department of Veterans Affairs
Since 2015

Q. Do I have to pay damages to a vehicle I hit but there wasn't any damages?
June 16, 2016
A: If the person whose vehicle you hit cannot prove that any damage was caused to his or her vehicle, then they are not entitled to collect any damages from you.

Q. If I give my dog away can I subsequently be held responsible for injury or damages he may cause?
May 28, 2015
A: Wisconsin's "Dog Bite Statute" only holds owners, keepers and harborers of dogs strictly liable for injuries caused by the dog.