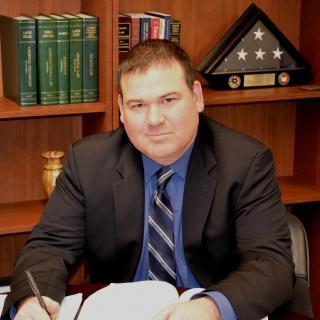 Prior to entering private practice as an attorney in 2015, Mike worked at the DuPage County State's Attorney's Office for over 11 years, handling all types of felony, misdemeanor and traffic cases. Prior to becoming a prosecutor, Mike served as a clerk at the State's Attorney office conducting motion writing and legal research. As an Assistant State's Attorney, he has prosecuted thousands of cases including traffic, DUI, financial crimes, Drug crimes and Assaults and Batteries and other violent crimes. Mike served in the Traffic, Misdemeanor, Juvenile and Felony Division. He has conducted hundreds of trials and hearings involving traffic offenses, DUI, theft and violent crimes. Mike has extensive experience in DUI cases, having served as the lead attorney in a DUI courtroom for three years and also prosecuting complex felony DUI cases including cases involving the blood testing for alcohol and drugs. He has also attended special training for prosecutors in DUI law.

In addition to his courtroom experience, Mike has extensive experience working with law enforcement to prepare and review cases, drafting responses to clemency petitions and writing motions. Mike has extensive experience in law enforcement as a Military Police Officer in the United States Army Reserve. He is a graduate of two Army Military Police Officer courses and has conducted numerous investigations involving the loss of hundreds of thousand dollars of government property, accidents, use of force, shootings and misappropriations of funds. He has deployed three times to a combat zone in Iraq and Afghanistan and has earned numerous awards including being twice awarded the Bronze Star Medal for service in a combat zone. He also was the commander of a police academy in Afghanistan that trained hundreds of Afghan police officers in law enforcement techniques, human rights and crime scene investigations.

Proclamation in Recognition of Community Service
DuPage Couty Board
2013