Michael L. Piccarreta received his undergraduate and law degrees from the University of Toledo (1971, 1974). Mr. Piccarreta’s practice is limited to the criminal defense of corporations and individuals. Mr. Piccarreta has extensive experience in representing corporations and corporate officers for alleged improprieties such as securities violations, fraud, environmental matters and other complicated white collar crimes. Mr. Piccarreta has extensive experience in representing those accused of murder, fraud, narcotics and marijuana violations, money laundering, vehicular homicide and other serious matters. Mr. Piccarreta has been involved in many highly publicized cases and as a result has appeared on 60 Minutes, The Today Show, Good Morning America, The Daily Rundown, CBS News, NBC News, CNN, CNBC, MSNBC, National Public Radio, Inside Edition and has been quoted in most major American newspapers. Mr. Piccarreta served as president of the State Bar of Arizona. He is a past president and a founding member of the Arizona Attorneys for Criminal Justice. He served on and chaired various committees for the State Bar of Arizona including the Criminal Rules Committee and Criminal Justice Section. Mr. Piccarreta has been well recognized by his peers. He was selected by peer review to be listed in The Best Lawyers in America for the past 20 years and was selected as one of the leading individuals for white collar crime litigation in the state of Arizona by Chambers USA. He was selected as one of the Southwest Super Lawyers and named as one of Tucson’s leading lawyers by Tucson Lifestyle Magazine. Mr. Piccarreta has served as an adjunct professor at the University of Arizona James E. Rogers College of Law teaching Advanced Criminal Trial Practice. Mr. Piccarreta was elected as a Fellow of the American College of Trial Lawyers and has served as its State Chairman. Nomination for fellowship, by fellow members of the bar and bench, is limited to one percent of the lawyer 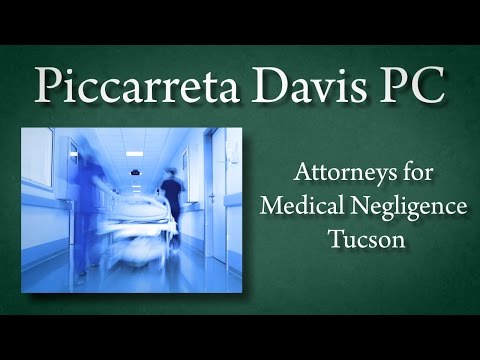 http://www.pd-law.com The stress, anger, grief, and loss following the death of a family member is overwhelming. You may have a claim for the wrongful death of a spouse, child, or parent...