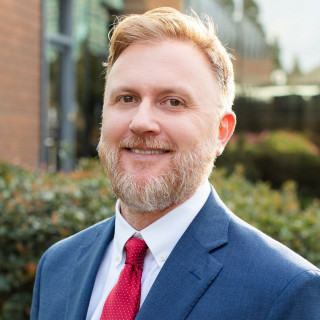 Michael S. LeBoff brings more than 22 years of business trial practice to Klein & Wilson, handling and winning high-stakes trials and arbitrations.
Mr. LeBoff attended Loyola Law School on a full academic scholarship, graduating second in his class of nearly 400 students. At Loyola, Mr. LeBoff received countless academic awards and served as an editor for the Loyola Law Review.
After graduating from law school, Michael LeBoff clerked for the former Chief Judge of the Central District of California, Manuel L. Real, where he saw firsthand the importance of always being prepared before entering the courtroom. Following his clerkship, Mr. LeBoff developed his trial skills working at some of the finest law firms in Orange County where he had the opportunity to go up against Klein & Wilson in a complex joint venture litigation. Having developed mutual respect for each other’s skills and civility, Mr. LeBoff joined Klein & Wilson in 2016. Less than two years later, he was named the first new partner in the first 25-year history.
Michael LeBoff represents clients of all sizes in a wide variety of business cases, including shareholder, partnership and joint venture disputes, trade secret claims, fraud, breach of contract, business torts, real estate, attorney fee disputes and legal malpractice actions.
Mr. LeBoff also spent a portion of his career in the client’s chair, as he served as in-house litigation counsel for ACC Capital Holdings, the parent company of large, nationwide financial services companies. During that time, Mr. LeBoff represented his client in consumer litigation, class actions, employment litigation, trade secret cases, and insurance coverage disputes. As in-house counsel, Mr. LeBoff managed nationwide litigation and worked daily with outside counsel to develop and implement cost-effective litigation strategies.

Could Your Law Firm Forfeit Its Fees Due to an Undisclosed Conflict?
American Bar Association
2018

My Lawyer Screwed Up!!! Can I Sue for Legal Malpractice?
Orange County Business Journal
2018

Can You Keep A Secret? Strategies for keeping your trade secrets secret
Orange County Business Journal
2012

Bankers Trust, Brown, and Exclusion 3(a): The Insurability of Mechanic's Liens
Commercial and Business Litigation Journal
2011

Frivolous Litigation: What Is It and What You Can Do About It
ABA Commercial and Business Litigation Journal
October, 2009

Frivolous Litigation: What Is It and What You Can Do About It
ABA Commercial and Business Litigation Journal
July, 2008

You’re Being Watched: Performing For Your Commercial Client at Mediation
Commercial and Business Litigation Journal
October, 2007

How to Open the Gate or Keep it Closed
2020
ABTL

Oops: What To Do When an Attorney or Expert Screws Up
2019
American Bar Association