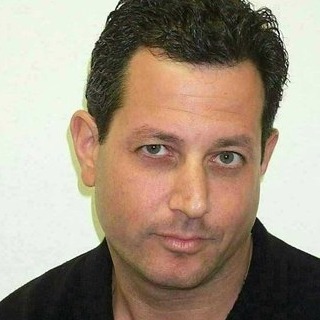 Let Us Help You Save Time and Money in Your Divorce! Call Us Now for a Free Cons
Badges
Claimed Lawyer ProfileSocial Media
Biography

Mr. Green is the founding member of the firm with 15 years of litigation experience. He has successfully represented hundreds of individuals in divorce and family law. He is a member of the bars of the State of New Jersey, the United States District Court for the District of New Jersey, the United States Court of Appeals for the Third Circuit, the United States Court of Federal Claims and the United States Supreme Court. He is also a member of the American Bar Association (ABA), the New Jersey Association for Justice formerly the Trial Lawyers of America (NJ-ATLA), the New Jersey Bar Association and the New Jersey Middlesex County Bar Association. Call us now for a free consultation at 732-390-0480 (East Brunswick Office) or 201-242-1119 (Fort Lee Office). We are available nights and weekends for your initial consultation. Mr. Green handles all manner of family law and divorce cases and all legal issues that may arise in connection with such matters. Mr. Green makes sure that his client’s legal position is known, heard by the opposing party and considered by the Court. While he strives for amicable results and settlement, he is always prepared to fight for his client if the opposing side is unreasonable. Often times, this position leads to the retreat of his adversary and toward the amicable results desired in the first place. Divorce Client Testimonials may be viewed below. Mr. Green was voted by his peers as a New Jersey “ Super Lawyer” in 2006, see below for more information on this designation. It was also noted in a complex litigation matter that Mr. Green and his co-counsel did “superior work” were “well qualified,” “experienced,” “ collegial” and “vigorous” in their representation. In connection with complex civil litigations he has handled, Mr. Green has appeared on NBC News with Asa Aarons and Fox News in New York City, ABC News in Chicago, Fox News in Atlanta and NBC News in Baltimore. He has also been quoted in several artic