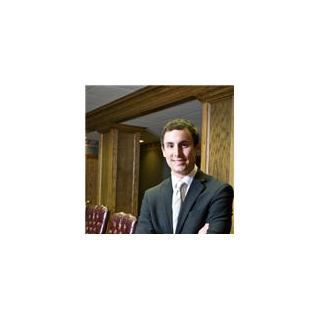 Michael received his B.A. from Dickinson College in Carlisle, Pennsylvania in 2004, where he majored in Political Science, and his law degree from the Duquesne University School of Law in 2007.

While at Dickinson College, Michael interned for the Pennsylvania Supreme Court, served as a three year member of the Student Senate, was a three-time letterman on the Varsity Soccer Team, and studied Italian in Bologna, Italy.

During his time at Duquesne Law School, Michael was a three-year member of the Student Bar Association and served as the President of the Student Bar during his third year. His duties as President included serving as the sole Duquesne representative to the board of directors for the Young Lawyers Division of Allegheny County Bar Association. He returned once again to Italy after his first year of law school, this time to study Canon and Roman Law in Rome. Additionally, Michael authored the section on "Bail" in the forthcoming update to Professor Bruce Antkowiak's criminal law manual, "Pennsylvania Criminal Procedure: Elements, Analysis, Application", was appointed by the President of Duquesne University to serve on the "University Advisory Committee", served on the Law School's academic disciplinary board, and earned three C.A.L.I. Awards in the subjects of Appellate Practice and Procedure, Tax Exempt Organizations and Trial Advocacy.

Michael is a member of the Westmoreland County, Allegheny County, Pennsylvania, and American Bar Associations. He is admitted to practice before the courts of the Commonwealth of Pennsylvania and the United States District Court for the Western District of Pennsylvania.

Michael and his wife, Megan, both grew up in Unity Township and currently live in the Shadyside neighborhood of Pittsburgh. Michael is a member of the Pennsylvania Bar Association, Pittsburgh Urban Magnet Project (P.U.M.P.), and the Duquesne Law School Alumni Association. When he is not practicing law, he enjoys skiing, boating, golf, politics and watching the Pittsburgh Steelers and Penguins.