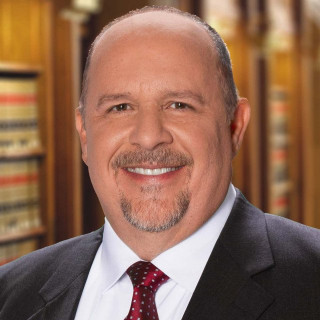 Michael York is a founding member of the Wattel & York personal injury law firm located in Arizona. Mr. York obtained his Bachelor of Science degree in Political Science from Arizona State University in 1989 and later earned his Juris Doctor from the Arizona State University College of Law in 1992. Mr. York served as a law clerk in the personal injury field from 1989 to 1992 and began actively practicing law in that area when he became licensed in 1993.

Michael York is licensed to practice law in all Courts of the State of Arizona, as well as the United States District Court, District of Arizona. Mr. York is also a member of the Arizona Association for Justice/Arizona Trial Lawyers Association.

Personal injury and auto accidents are an unfortunate part of life, but if something should happen you want experienced attorneys on your side. We talk to this experienced team about what sets them apart. If you have a legal issue visit CallDaveandMike.com or call 877-572-4143.

At Wattel & York, Auto Accident Lawyers, our attorneys have extensive experience in handling crash injury cases and make it a point to investigate every possible contributing cause of an accident to make sure you receive full compensation. You take the time you need to recover from the trauma of your injuries while we take over the investigation.