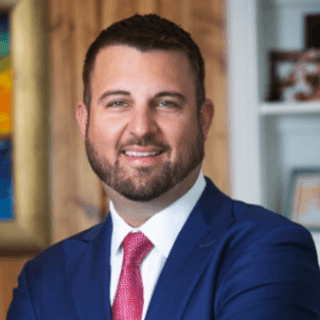 Born and raised in Louisiana, attorney Mike Saltaformaggio attended Louisiana State University, where he received a B.A. in Political Science and minored in Sociology. After graduation, Mike enrolled in law school at the Mississippi College School of Law, where he was extremely successful, graduating in the top 5% of his class. During his time in law school, Mike was Articles Editor for the Law Review and began developing his trial skills by participating in Moot Court competitions across the country.

Mike was selected to Super Lawyers Rising Stars in 2015-2017, and received the Client’s Choice Award by AVVO in 2016.

When not in the office, Mike enjoys spending time with his wife, Erin, and children, Claire and Nathan. He is an avid college sports fan, and enjoys hunting, fishing, and playing golf.