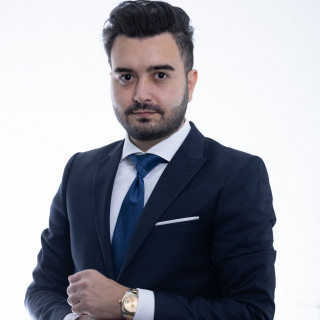 Mr. Alipour graduated from Western State College of Law and was one of the few Dean Fellows. Western State College of Law is the oldest law school in Orange County and has produced hundreds of judges and thousands of attorneys all across California since 1966. Many of these judges are currently active and serving different courthouses across California.

Mr. Alipour received multiple Witkin Awards of Academic Excellence in areas such as Medical Malpractice and Professional responsibilities, which are awarded only to the top student in each course in the law school. Mr. Alipour took the California February 2021 Bar exam, one of the hardest bar exams with only a 37% bar pass rate, and passed on his first try.

Before starting his law school journey, Mr. Alipour received his Bachelor’s degree in Biomedical Engineering from the University of California, Irvine in 2012 and immediately started working in top Medical Device Companies in Orange County. He worked in the manufacturing lines for Balloon Catheters Stents and Delivery Systems for Aortic Abdominal Aneurysms. His talent was quickly recognized and led to his early promotion to Sr. Manufacturing Engineer within only 3 years. Before resigning from his engineering position, Mr. Alipour was the only engineer overseeing the manufacturing line for all product families. He was also heavily involved with the R&D team and NPD team to design the device and process for next-generation devices. He was also the go-to engineer for the Complaint team to identify the complex issues and failures on devices that failed during procedures.

Mr. Alipour combines his knowledge in substantive law and his engineering techniques to deliver outstanding results in his cases.