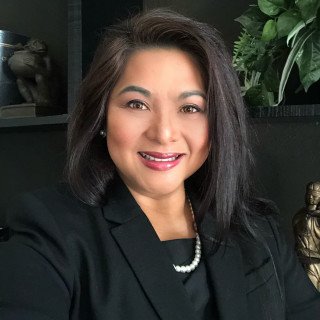 Attorney Blanchette has been a member of the Georgia Bar Association since 1999 and has nearly two decades of jury trial experience. She has practiced throughout the State of Georgia and has extensive experience in the areas of Criminal Law & Immigration Law. Her practice also includes Estate Law and Family Law. Attorney Blanchette is most recognized for her work as a former Prosecutor for the State of Georgia for over 7 years where she has served as a Lead Trial Assistant District Attorney in 3 Judicial Circuits

As a prosecutor, she handled both Felonies and Misdemeanor cases and was trained to be the Circuits’ lead prosecutor for Capital Felonies including Death Penalty Cases, Murder, Rape, Sexual Crimes, Drug Trafficking, Kidnapping, and Armed Robbery. She has also taught and held seminars for local law enforcement agencies and the community on various criminal law related topics. As a former State Prosecutor, Attorney Blanchette has earned an impressive reputation throughout the State of Georgia for her diligence, knowledge, readiness, and skill in the courtroom.

She was then recruited to serve as a Senior Assistant Lead Public Defender and has served in the area of indigent defense for 7 years. She was a successful Lead Trial Attorney for the Chief Superior Court Judge and has gained the respect and admiration of her clients, her fellow attorneys, the Courts, and the community. She is sought after as a mentor to her fellow colleagues and praised by her clients as being diligent, aggressive, trustworthy and bestowing confidence in her clients that they have an experienced lawyer on their side. She has represented clients is all criminal matters and proceedings including jury trials, appeals, probation revocations, pre-trial motions, and has gained an expertise in the area of DUIs and major felonies. She has let her experience gained as a prosecutor work in her client’s favor.