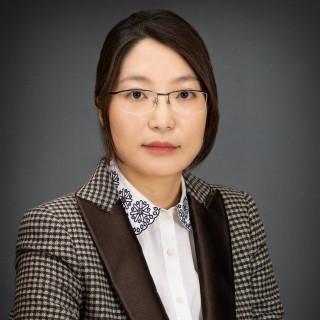 Minji Kim has a heart for serving others with her unique skills and talents. After graduating from Concordia University in Montréal, Canada, Minji worked in both public and private sectors internationally. As a Vice-Chief of the Defence Staff Analyst at the Department of National Defence Headquarters in Ottawa, Canada, Minji coordinated government projects and provided guidance on project approval and business planning to client groups.

Minji went on to graduate from J. Reuben Clark Law School at Brigham Young University. During law school, she worked as a judicial extern for Judge Ted Stewart in the U.S. District Court for the District of Utah and for Justice Deno Himonas at the Utah Supreme Court. She also served as a Management Board member at the International Center for Law and Religion Studies.

Minji is admitted to practice law in Virginia, the District of Columbia, and Maryland. Minji is also a member of the A. Sherman Christensen American Inn of Court I.

Minji began her legal career at the Asian Pacific American Legal Resource Center (APALRC) in Washington, D.C., where she provided legal services to low-income individuals and families. Minji then joined Kublan Khan PLC in Falls Church, VA, where she focused her practice on immigration law and all aspects of family law matters. Subsequently, she worked at Cook Craig & Francuzenko PLLC in Fairfax, VA, where she practiced family law, immigration law and civil litigation.

In addition to her service within the legal community, Minji provides weekly legal clinics and frequent legal seminars on a variety of topics at the Korean Community Service Center of Greater Washington (KCSC) in Annandale, VA and Gaithersburg, MD. Originally from Seoul, South Korea, Minji is fluent in English and Korean and speaks conversational French.